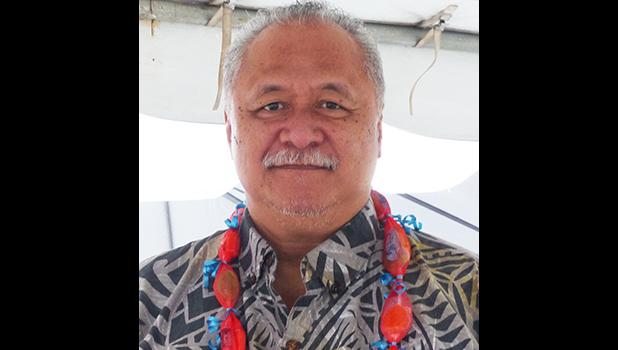 ASG Office of Political Status, Constitutional Review and Federal Relations executive director Tapaau Dr. Daniel Aga has shared with senators the six criteria that are reviewed by his office when there are questions pertaining to proposed amendments to the American Samoa Constitution.

Tapaau appeared yesterday before the Senate Rules Committee to testify on a House Joint Resolution, seeking to add one more seat for Tualauta (referred to as “Ma’upu” in the Constitution), Representative District No. 15 which currently has two faipule in the House.

As previously reported by Samoa News over the years, any changes to the Constitution is subject to approval by the US Congress.

During his testimony, Tapaau first pointed out that there are criteria his office uses if there is a request for review of the Constitution, or proposal for amendments to the Constitution.

He pointed to a federal court decision, which cites “one-man one-vote” and based on the 2010 census, the proposal is consistent.

Responding to Samoa News  inquiries after the hearing, Tapaau noted that Article II, Section 1 of the Constitution states the "Legislature shall have authority to pass legislation with respect of subjects of local application, except that: No such legislation may be inconsistent with, this Constitution or the laws of the United States applicable to American Samoa."

“Of course we can't know with absolute certainty until this reaches Congress or is examined by the federal government,” he told Samoa News.

During the Senate hearing, Tapaau pointed out that criteria 3 and 4 are difficult. He said based on the 2010 Census, American Samoa’s population stands at 55,519 — with 19,017 people living in Tualauta county.

“That means 34% of the total population — under the 2010 Census — lives in Tualauta,” he added, but there are 20 elected House members, not including the non-voting Delegate from Swains Island.

Under criteria three — Tapaau’s office looks at the question — “Is this a step in the right direction?”

“So, is adding one more faipule for Tualauta a step in the right direction?” he asked and he answered, “Yes. It is an attempt to address the imbalance between the number of representatives (in Maupu/Tualauta district No. 15) and its population.”

Criteria 4 asks: Is it a complete or comprehensive solution to the imbalance?

“Not really. It does not address the larger problem,” said Tapaau, adding that during the 2010 Constitutional Conventional there was a multitude of districts that wanted to add more faipule and senators.

“It does not address the fact that according to the 2010 US Census, the population of Maupu district represents 34% of American Samoa's total population,” he said and noted that the Constitution allows the reapportionment of House seats every five years, but he can’t recall this ever being done.

So the question then becomes, “Is it time to consider a limit to the number of faipule in the House and re-apportionment as provided for in the Constitution?,” he asked.

Under criteria 5, the question is, will this measure, if passed, negatively impact Samoan lands and culture? Tapaau doesn’t believe there will be a major impact, and noted the “one-man, one-vote” in a democratic form of government.

The  final and 6th criteria  deals with costs. What are the costs involved if this measure is passed and is there a cost analysis?

“Can the Fono absorb this additional cost” when it comes to an additional salary? He said, another cost of consideration is if there is another seat added in the House, there will be changes to the proposed Fono building (another office, another seat).

Tapaau deferred the issue to the Senate.

Samoa News will report next week on the rest of the hearing.