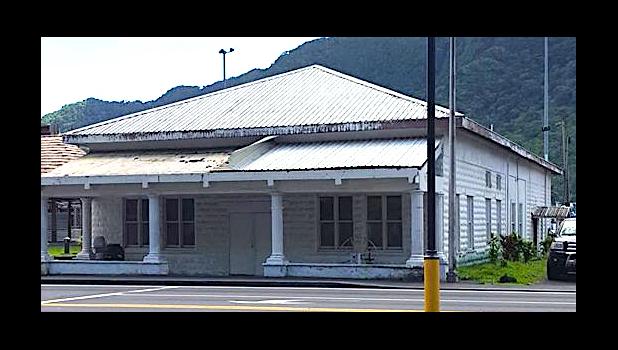 Pago Pago, AMERICAN SAMOA — A lot is going on in the downtown area. The new multi-million-dollar Fono Building broke ground last week; the Department of Public Safety's main central station headquarters is getting a much needed facelift; and the Jean P. Haydon Museum will be undergoing much needed renovations shortly.

According to Historic Preservation Officer, David Herdrich, a site visit to the Museum compound was carried out this week and the Department of Public Works — whose employees are constructing the new 2-story extension — will be working on the plans for the renovation job.

The Jean. P. Haydon Museum is listed in the National Register of Historic Places, meaning efforts must be taken to maintain the historical character of the building.

Work on the new 2-story extension is nearing completion, and it is expected to be ready for move-in around the end of the calendar year.

The first floor will be used as a display area. Tentatively, the second floor is reserved for office spaces and a conservation lab.

Herdrich told Samoa News yesterday that the American Samoa Historic Preservation Office (ASHPO), is forking out $50,000 for the repair job and the money will be used to purchase all the materials.

"The money will go towards renovating the existing part of the museum — not including the ongoing extension project — because it is a historic property," Herdrich told Samoa News in an initial interview.

As seen in the photo, the roofing on the existing part of the museum nearest the main road is coming off and according to Herdrich, the entire structure is in need of a new roof. He said framing for the entire building is termite ridden and once fully renovated, they plan to use the "unused space" under the roof to store artifacts.

As for the interior, Herdrich said there are walls blocking the windows and the goal is to take the walls down so the building doesn't look abandoned.

The last time the museum underwent a huge renovation was about a decade ago. For that job, the crew had to remove the boards that were covering the windows from the outside. "At that time, we didn't take the walls down in the interior and that's what we plan to do this time," Herdrich explained.

Decisions are yet to be made about the flooring, whether to rip out the old one and replace it, or just smooth the surface and paint over it.

Once the scope of work is finalized, the job will be put out for bid.

The Historic Preservation Fund, which funds ASHPO operations, is where the money for the proposed renovation work is coming from. "Because the museum is on the National Register of Historic Places, it is eligible to be funded for rehabilitation, if needed - and if funding is available - under the grant," Herdrich explained earlier this year, during which he also revealed that an expanded storage space is very much needed, in order to accommodate repatriated Samoan collections they anticipate getting from off island.

If plans for that go through as intended, an "expensive climate control system" will also have to be installed to preserve and maintain the collections.

Samoa News understands that Herdrich has already applied for a MAP grant from the Dept. of Interior, and the museum curator is applying for a TAP grant in order to acquire storage and display cases.

Extension work in progress adjacent to the Jean P. Haydon Museum [photo: BC]