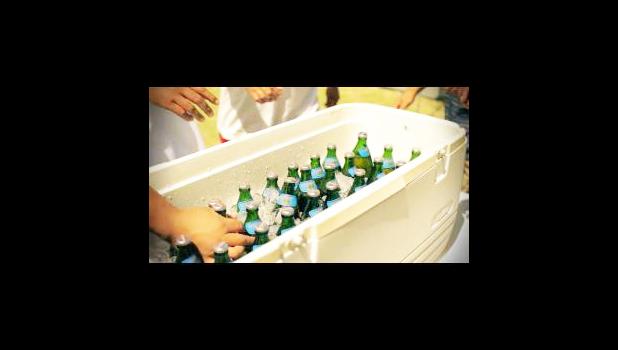 GHC Reid says this would ‘even’ the playing field
By
Fili Sagapolutele
fili@samoanews.com

G.H.C. Reid & Company has voiced its support of the Lolo Administration’s proposal to change how the government imposes the import tax on beer — based on volume, not on value.

ASG officials told a House committee hearing this week, the proposed amendment is to standardize the imposition of the “sin tax” — on items such as beer — and also to “level the playing field” for all beer importers.

Among the five new revenue measures from the Administration now before the Fono is a bill, which amends several provisions of current law. The bill seeks to gradually repeal the miscellaneous 5% excise tax, create a new tax on sugary non-carbonated drinks, amend the tax on secondhand items, and change the way the tax is levied on imported beer.

This was the subject of a House Ways and Means Committee hearing on Tuesday.

Currently, excise tax on imported beer is 190% of the value, but the Administration is seeking to amend that to 35-cents per 12 fluid ounces, or fraction thereof.

According to ASG officials, this basically means 35-cents per can.

In an Aug. 18th letter forwarded to several lawmakers, GHC Reid, the local leading beverage company for over 100 years, noted, “We fully support our government’s efforts to generate revenue in an efficient manner that also supports our private sector growth, but, most importantly, put a cease to all the fraudulent commercial activities that are preventing our country’s economic growth.”

According to the letter, the company gives its 100% support to the new methodology of tax calculation for beverages. For example, “All beverage taxes should be based on 12oz volume and NOT the invoice cost.”

“Although it has a negative impact on the cost of our products, we want to see fraudulent invoices come to a halt,” said the letter, adding that many countries around the world including neighboring Samoa calculate tax “based on volume”.

“This is due to the fact that a ‘physical’ verification of product volume can be justified and checked by customs officials,” the company said. “However, the cost of product on the invoice can be ‘under declared’ without any verification from the vendor resulting in fraud and less taxes paid.”

“We truly believe that there are a lot of fraudulent sales in our beverage market. We humbly ask our Fono leaders to help stop this activity and have everyone pay the right taxes,” GHC Reid continued.

The letter included the company’s analysis of all proposed taxes and amendments to taxes, on items such as beer, and pointed to both positive and negative impacts.

On the plus side, GHC Reid said using per 12 ounce instead of invoice cost allows “even tax calculation for all beer products; avoids fraudulent invoicing; [and] aligns our tax calculation to the global community.”

On the other hand, they “will pay extra cost; however our focus is two things: generate revenue for the government and bring a halt to fraudulent dummy invoicing.”

According to the company, “We agree on the proposed 35-cents per 12 ounce. This will allow all beer importing companies to compete on the same playing field.”

ASG witnesses who attended Tuesday's House hearing were ASG Treasurer Uelinitone Tonumaipe’a, who is also the vice chair of the ASG Revenue Task Force, Deputy Treasurer for Revenue, Keith Gebauer, who is also the acting chief of Customs, and one of the staff members working with the task force.

Attorney General Talauega Eleasalo Ale, who is also the task force chairman, is reportedly off island and was not present during the hearing.

The majority of the questions and comments from lawmakers made during the hearing centered on the beer tax. When committee members asked why the task force moved to amend the beer tax, Tonumaipe’a responded, and repeated several times during the hearing, that this is to “level the playing field” for all beer importers.

He added that the proposed amendment would not affect revenue collection and stressed that the goal is to ensure that all beer importers pay the same tax.

Gebauer said the task force looked at the different statutes during its review of all current tax laws and when it came to the beer tax, “we took a look at how all other ‘sin tax’ categories were taxed. What we found it that only beer is taxed at a percentage.”

“All the other ‘sin tax’ — [for example] cigarettes are on a per cigarette basis; gasoline is on a per gallon basis, liquor is on a per liter basis. The only one that was taxed at a percentage is the beer tax,” he explained.

“So to keep all the taxation for the sin taxes standardized, we went to a unit basis,” he continued, adding that during research work, the task force also looked at “premier versus value” beer and there will be a difference in prices.

“So when we did our calculations, we tried to find the mid-point that made it as fair as possible. But how we looked at that, was as a category as a whole,” Gebauer explained further. “But within that whole category, you’ll have some businesses — if this provision is passed — that will pay a little more, and some will pay a little bit less. But as a whole, the number comes to just about the same.”

During the review process, Gebauer said there was feedback from the general public, and “this was an issue raised by folks in the industry... but the primary driver behind the change [in the beer tax], was the standardizing on how we apply the excise tax.”

Rep. Fagaoatua Dorian Salave’a commented that those affected in the end are the consumers. "What is affordable for our consumers? If we make this change, will there be an affordable beer? The ‘value’ beer would then become almost the same as the ‘premier’ beer, which is more expensive.”

As a whole, he continued, "What we collected was the same."

For ‘premier beer', he continued, “theoretically the price should come down, because the cost per can, comes down. But we're not trying to dictate that to the competitors in this industry, but as a whole, that will be the effect.”

In other words, “The value beer folks — based on the 190% valuation — will pay a little bit more. The folks that buy the premier beer, because their per can unit has come down, they’ll pay a little bit less,” Gebauer explained, adding that the task force had considered other amounts: 37 cents, in which the government would collect more in revenue, and 34-cents where the government would collect less.

“So the point that was close to revenue neutral is 35-cents,” Gebauer explained, adding that the task force also looked at 41-cents and 31-cents, but “we went with 35-cents, as that is the mid-point that’s keeping it as balanced as we could.”