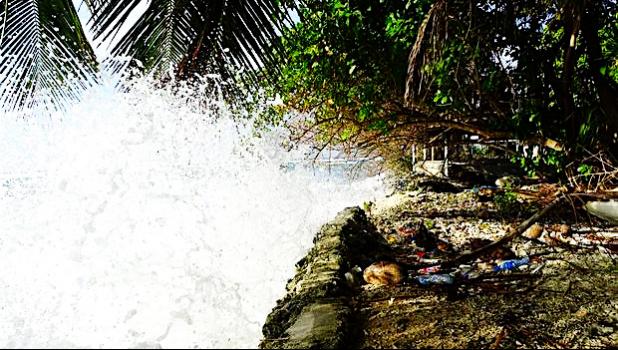 WOMAN TO SUE SAMOA GOVT. OVER ALLEGED “ABUSE OF POWER”

A woman who claims to have been unlawfully detained by the Ministry of Police in April last year is suing the Government for an undisclosed amount.

The law firm acting on behalf of Katerinauatalia Lesatele, Lui and Chang, has officially informed the Attorney General, Lemalu Hermann Retzlaff, about the lawsuit.

It has done this in a letter titled “Notice of Proposed Proceeding,” dated 2 May 2018 addressed to the Attorney General.

The lawsuit is in connection to the Government led hunt for an online blogger known as “Ole Palemia”. The Police had arrested the woman as part of the hunt.

But the woman from Leone has returned to sue the Government.

The Government is being accused of “negligence, false imprisonment and/or unlawful detention, breach of constitutional rights, abuse of power/abuse of process/ misfeasance in public officer, breach of statute and malicious prosecution.”

On Friday, hundreds of mourners are expected to gather at the state Capitol to pay their final respects to U.S. Sen. Dan Akaka.

Akaka, who died April 6 at 93, will lie in state at the Capitol building's courtyard for 24 hours before his casket is taken to Kawaiahao Church for a celebration of life. A private burial at the National Cemetery of the Pacific at Punchbowl is slated for Monday.

Akaka was the first Native Hawaiian to serve in the U.S. Senate and a fixture for decades on Capitol Hill.

His humble personality earned him a nickname: The "ambassador of aloha."

After his death, son Gerard Akaka told Hawaii News Now his father "was wired" to see the best in others and to offer kindness, caring — and hugs — everywhere he went. His warm demeanor was despite a series of tough tests early in life, including suffering from what he later realized was post-traumatic stress disorder after getting back from World War II.

"He wasn't fancy. He was humble and, yes, the word is aloha. He would say time and time again, Hawaii has something to share with the world and it's aloha. He embodied it," his son said.

Services for Akaka at the state Capitol building and Kawaiahao Church are open to the public.

Akaka's casket will arrive at the state Capitol at 10 a.m. Friday to the sounds of the Royal Hawaiian Band playing Akaka's favorite song, "Hawaiian Lullaby."

Services at the state Capitol will start at 6 p.m., and will include speeches from Gov. David Ige and several former governors.

On Saturday, Akaka's casket will be taken to Kawaiahao Church. Visitation begins at noon, and services start at 2 p.m.

Akaka's eulogy will be delivered by former Gov. George Ariyoshi.

New Zealand's Foreign Affairs Minister says the government has agreed to a long-term approach to assist Pacific Island states in meeting the challenges of climate change.

Winston Peters said the cabinet's strategy would assist the Pacific with development assistance that focuses on practical projects for climate change adaption and mitigation.

The government will also look at ways to avert climate displacement of people.

According to Mr. Peters, the approach was a response to the wishes of Pacific leaders who are concerned with protecting their people's social and cultural identity.

The government said it would also support the "progressive development of international law to protect Pacific Island coastal state rights in the face of sea-level rises."

"We cannot ignore the risks faced by our Pacific Island neighbors who are uniquely vulnerable to the impacts of climate change," Mr Peters said.

"Supporting Pacific peoples' desire to remain in their own countries translates into prioritizing regional and country-level-initiatives that build resilience and adaption to climate change."

According to the minister, the government's approach will put New Zealand at the forefront of a wider Pacific regional effort to be a world leader in responding to climate change.

The Ministry of Police is investigating the disappearance of a 15-year-old girl, Elisapeta Sua, from Tuanaimato.

This is according to a public notice issued by the Police yesterday afternoon.

The young lady went missing on Sunday 13 May 2018, around 1-2pm from her grandparents’ home at Se’ese’e.

She was last seen wearing a short sleeve t-shirt and a red ie lavalava.

Police are appealing to anyone who has seen her or has any information that may lead to her location to please contact any nearest Police Station or call phone number 22222 immediately.

Hawaiian Airlines started a new non-stop flight between airports in Maui and San Diego on Wednesday.

The new service will travel between Maui's Kahului Airport and the San Diego National Airport daily.

Hawaiian Airlines also has plans to expand its flights to California later in May, when it will begin launching a daily service between Honolulu and Long Beach Airport.

The battle against illegal fishing is expected to be high on the agenda at a meeting of Pacific leaders with Japan's government today.

The Pacific Island Leaders Meeting, known as PALM, is held in Japan every three years.

Japan's government hosts the PALM summits as a way to share its assistance program with Pacific Island Forum countries.

Ahead of this summit, Tokyo said measures to help Pacific countries enforce maritime law within their maritime jurisdictions would be included in a joint statement for the eighth PALM meeting.

The statement for PALM 8 will coincide with a new Japanese ocean policy targeting perceived growing threats from North Korea and China.

PALM 8 is to be co-hosted by Japan and Samoa's prime ministers, Shinzo Abe and Tuila'epa Sa'ilele Malielegaoi respectively.

New Zealand's deputy Prime Minister Winston Peters will also be in attendance, along with representatives from 16 other Pacific Island Forum countries including Australia.

A teacher at Lotofaga College accused of assaulting a student has pleaded guilty to the charge.

The matter was presided over by District Court Judge, Alalatoa Rosella Papali’i. Prosecuting the matter was Vaisala Afoa of the Attorney General’s Office.

During the hearing this week, parents of the students informed the Court that an ifoga (traditional apology) was conducted and accepted by the family.

Judge Alalatoa ordered for a Police summary of facts and the victim impact report on the matter. Sentencing has been scheduled for 22 June 2018.

Mr. Iakopo remains at liberty as part of his bail.