No report on how much was collected at government auction 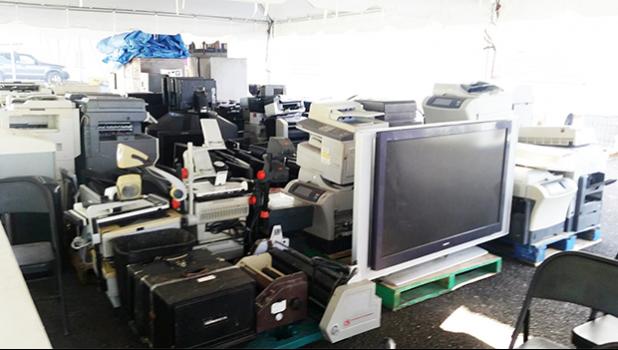 Because several winning bidders have been unable to cough up the remaining 90% of their total bid package submitted on items that were up for sale during the government auction two weeks ago, an exact dollar amount of what ASG stands to collect is still not known.

Hundreds of items —including vehicles, commercial coolers, office equipment, jet skis, boats, and convection ovens — were auctioned off at the Office of Property Management earlier this month and as usual, all monies from the sales are funneled into the ASG general fund.

When contacted for comments yesterday, PMO deputy director Poleen Asalele said an exact amount of what was collected from the auction is not yet known, as some of the winning bidders had to forfeit because they were unable to pay the remaining 90% of their total bid package.

All bids were sealed and must include 10% of the bidding price when it is submitted. No exceptions. Once the bidder is notified that they have won, they may make full payment on auction day, otherwise, they have five days to pay up. Payments must be made in the form of cash or check, which is verified by the Treasury Department- Revenue Division.

According to Asalele, winners have to pay the full amount of the bid to Revenue Office staff,  who then provides a receipt to be presented to OPM before the item is released.

"No receipt, no release," said Asalele, who added that those who are disqualified do not get their 10% deposit reimbursed but instead, the money is used for OPM auction expenses.

In a nutshell, said Asalele, some of the bidders who had to forfeit "bid so high, but they can't pay."

Letters are now being sent to the second highest bidders, notifying them that they have won the item(s).

The highest amount paid for an auction item this time around was $4,500, and it was for one of the vehicles.

All three jet skis that were up for sale were sold and a local resident reported that they'd seen one of the jet skis in the water last week.

Two boats — the Tautua II and the Tatoso II — were also put up for auction, and sold.

A date for another auction is dependent on the 'survey items' that are brought in by government departments and agencies.

According to Asalele, the majority of the items that were put up for bid have been sold, with the exception of a few small office electronics that have been donated to several non-profit organizations to use for educational purposes.

The government auctions have been an additional source of revenue for ASG.

The first auction held during the Lolo Lemanu Administration's first term in office brought in about $33,000 and since then, a total of over $200K has been deposited into the ASG general fund as a result of these public auctions.