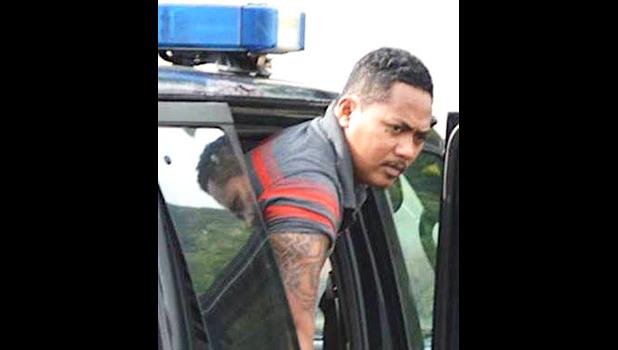 Pago Pago, AMERICAN SAMOA — Chief Justice Michael Kruse will not rest until the court finds out who made the decision to release a man on a $3,000 cash bond after he was charged with first-degree assault — this after District Court Judge Fiti Sunia had ordered he was to be held in custody with “no bail”.

Falaniko Fetoai appeared in High Court last Friday after the government made a motion to revoke his release on bond. However, his case is now rescheduled for Tuesday this week, May 29 because the court needs more information about the issue.

When Fetoai’s case was called, Dunn asked the court for an order to revoke the defendant’s release on bond after he was arrested and charged in a new criminal case, which is now before the District Court.

Dunn told the court that the defendant is being charged with several criminal charges including the more serious offense of first-degree assault. These charges stem from an incident that happened in November of last year, when the defendant allegedly struck a woman with his vehicle.

One of the conditions for the defendant’s release after he posted a $3,000 cash bond was to be a law abiding citizen and not to commit any crimes while his case is pending.

Last month according to Dunn, the defendant was arrested in a new case, where he appeared in District Court and entered a not guilty plea to the charges of third-degree assault and public peace disturbance, both misdemeanors.

Dunn then asked the court to revoke the defendant’s current bail of $3,000 and hold him at the Territorial Correctional Facility without bail, or set a higher bond amount if the court deemed that appropriate.

Defense counsel on the other hand opposed the government’s motion and asked the court not to revoke her client’s release on bond because the case is still pending in District Court and Fetoa’i has already entered a not guilty plea to the charges against him.

She then asked the court to reserve a decision to revoke her client’s release until his case in District Court is finalized.

However, before the court continued the proceedings to Tuesday, Kruse told the government that the court was a little confused, they have a motion to revoke bond before them, but according to the case notes, the defendant was ordered to be held in custody without bail.

“What is going on government?” Kruse asked Dunn. “I see a first assault charge, and there was a no bail status — however on the other side is a $3,000 cash bond.”

“I think that was a mistake,” Dunn responded.

“Mistake by who?” Kruse wanted to know.

Dunn said, “I’m not sure at this time.” She told the court that “somewhere a notation was made.”

Kruse immediately fired back and asked, “Who made that notation?”

Dunn replied that she didn’t know who made the notation, but it must have been someone from the court.

“Alright, if you’re now saying that it must be someone from the court, then call the Court Clerk to the stand to be sworn,” Kruse instructed Dunn. She then called Deputy Court Clerk Crystal Solofa to the stand.

According to Solofa, she was on maternity leave when Fetoai’s case was bound over to the High Court. She also told the court that she have no personal knowledge about who handled the defendant’s case file when it was transferred from the District Court to the High Court.

Kruse was not satisfied and then ordered that the hearing be continued to Tuesday this week.

“Alright, I have to continue this hearing. Government, why don’t you go and do your own investigation on your own time,” Kruse said.

“The court wants to know how the information inside this file was changed. Again, there was a no bail status when this defendant’s case was bound over to the High Court. However, there’s now a $3,000 cash bond.

“Come back Tuesday next week (tomorrow), and I don’t want to hear any ‘rumors’ or ‘we heard’ responses from you about this issue. I’ve got an assault 1st degree in front of me; and a no bail status ordered. Now, the defendant is out on a $3,000 cash bond and new charges are on the line. Government, come prepare,” Kruse concluded.