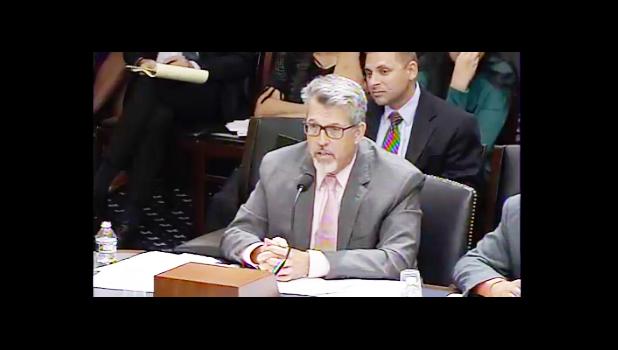 "At the core of LBJ's challenges, is an insufficient funding stream from the local government"
By
Fili Sagapolutele
fili@samoanews.com

Expansion of national marine sanctuaries as well as prohibition placed on fishing in the high seas are two federal policies that Gov. Lolo Matalasi Moliga says have impacted the development of the local economy and are taking away local revenues that could help the LBJ Medical Center.

This is according to US Rep. Bruce Westerman during the US House Natural Resources Subcommittee on Indian, Insular and Alaska Native Affairs hearing this past Tuesday, assessing the current conditions and challenges at LBJ.

Westerman, a Republican from Arkansas, noted that Bussanich had testified at the start of the hearing about OIA’s primary goals, with the first being to “create economic opportunities” to improve the quality of life for residents of the insular areas.

He said he was a member of the Congressional Delegation (CODEL) that visited American Samoa early this year, "and I can testify it's a long ways from here [D.C.] to there. It’s a very isolated part of the world.”

Westerman referred to testimony submitted for the record by the governor, who said major issues are still lingering from policies under the Obama Administration.

"The governor described those as federal over regulation that has crippled the territory’s ability to develop a strong economy and thus has stymied local funding, that would otherwise be directed towards the LBJ hospital,” Westerman said.

“Those are the governor’s words,” he continued, and noted that two of the federal policy issues cited by the governor, falls directly under jurisdiction of the committee — national ocean monuments and sanctuaries expansion; and prohibition placed on fishing on high seas.

“I know when we were [in American Samoa] the issue of fishing on the high seas was discussed and there were questions about whether that was even doing anything to help the tuna population as other countries were coming in and overfishing those areas,” Westerman said, before directing a question to Bussanich.

“Do you agree with the governor’s claim that if the federal over regulation, still lingering from the previous administration, is left in place, the territory will be unable to develop a sustainable economy and thus will be forced to continue underfunding LBJ hospital?” he asked.

Bussanich responded, “I think that the question is kind of beyond the view of my office.” He said the example on “fishery, which was a subject of the Obama Administration, was not part of OIA. We certainly are an advocate for American Samoa within that administration and the current administration.”

Westerman asked Bussanich to share with the subcommittee “any efforts OIA has begun in the new Trump Administration to review policies regarding marine monument expansion in American Samoa.”

Bussanich replied, “I would have to deflect that to the appropriate bureau or office” in DOI,  because OIA itself does not participate in those ‘regulatory schemes’.”

In his written testimony submitted for the hearing, Lolo informed the subcommittee that there cannot be a discussion of LBJ without discussing the geopolitical environment that places a burden on the only hospital on island.

“At the core of LBJ's challenges, is an insufficient funding stream from the local government,” Lolo wrote. “A major part of this insufficiency is a consequence of federal over regulation that has crippled our territory's ability to develop a strong economy.”

The governor then outlined several examples:

•    The prohibition placed on fishing in the high seas;

•     The thwarting impact of the cabotage and essential air service policies on tourism development;

•     The statutory Medicaid cap that is only imposed on the territories; and

•     The international trade agreements and other federal issues have effectively stymied our economic development efforts.

“The financial needs of the hospital are directly impacted by our weak economy that relies heavily on funding from federal grants,” Lolo explained. “With approximately 80% of the population below the federal poverty level, there are few options for revenue generation based on local taxes.”

The congressional panel was also informed that “currently, local revenues are insufficient to cover the costs of government operations and that results in our inability to pay for the monthly subsidies to the LBJ hospital.”

When the US Center for Medicare and Medicaid Services (CMS) issues findings against the hospital, “we do not have the local funds to remedy CMS findings nor does CMS allocate funds to implement corrective measures to mitigate the deficiencies at LBJ,” the governor pointed out.

Samoa News will report in later editions on the governor’s official statement to the subcommittee.