Latalata Samuelu named US Territories History Teacher of the Year 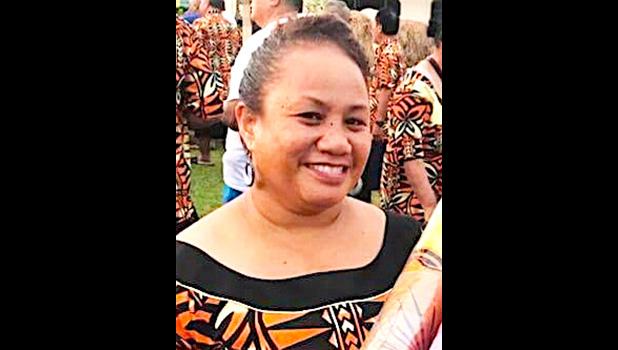 Inaugurated in 2004, the History Teacher of the Year Award highlights the crucial importance of history education by honoring exceptional American history teachers from elementary school through high school. The award honors one K-12 teacher from each state, the District of Columbia, Department of Defense schools and US Territories. In the fall 2018, the National History Teacher of the Year will be selected from the pool of state winners.

Latalata (Lata) Samuelu received her Bachelor’s degree at The University of the South Pacific in Suva, Fiji in the year 1999. Her teaching career began in 1999 at Samoa College, Samoa, until relocating to American Samoa in 2001.

She has taught English but currently teaches History at Leone High School, American Samoa.  Her passion for history and politics explains why she pushes her students to pay closer attention to current news and political trends. Students leave her classroom with a newfound respect for and understanding of historical events, and of the law, as students of history.

In addition to a $1,000 honorarium and an award ceremony in American Samoa, Latalata’s school library will receive a core archive of American history books and Gilder Lehrman educational materials.

The National History Teacher of the Year award will be presented by Professor Edward Ayers at a ceremony in New York City on October 10, 2018. Past presenters at the ceremony include the Honorable Sandra Day O’Connor, Good Morning America's Robin Roberts, First Lady Laura Bush, former US Secretary of Education Arne Duncan, and former New York City Mayor Michael Bloomberg.

ABOUT THE GILDER LEHRMAN INSTITUTE OF AMERICAN HISTORY

The Institute’s mission is to promote the knowledge and understanding of American history through educational programs and resources. Drawing on the 65,000 documents in the Gilder Lehrman Collection and an extensive network of eminent historians, the Institute provides teachers, students, and the general public with direct access to unique primary source materials.

The Institute’s programs have been recognized by awards from the White House, the National Endowment for the Humanities, and the Organization of American Historians.