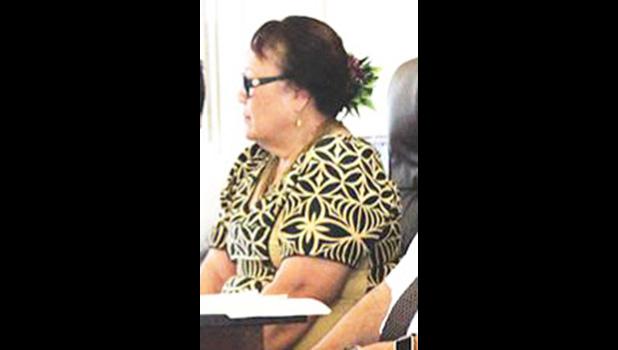 DHR director says increments are only paid out for grant funded positions
By
Fili Sagapolutele
fili@samoanews.com

Pago Pago, AMERICAN SAMOA — While ASG employees whose salaries are paid by federal grants still get their increments paid, those funded by local revenues are on hold until - and unless - Gov. Lolo Matalasi Moliga sees there’s sufficient revenues to pay them.

That was the explanation from Human Resources director Eseneiaso Liu, when asked by lawmakers about a thorough clarification on payments of increments during last Friday’s Fono Joint Budget Committee hearings for the FY 2020 budget.

Rep. Vailoata Eteuati Amituana’i told Liu that some testimonies provided to the committee so far, indicate that it’s DHR holding up the payment of increments for ASG employees.

Liu said DHR is not withholding the paying of increments, adding that those employees getting paid under federal grants are still getting their increments paid. However, there’s a hold on increments funded by local revenues.

She explained that money to fund increments are budgeted every fiscal year, but if the governor sees that there isn’t insufficient money to pay for the local ones, then they are held back until such time that there are available financial resources.

She reiterated that grant-funded positions are being processed and paid for increments, while local funded ones are put on hold, and hopefully in FY 2020, the governor will lift the freeze.

Responding to another committee question, Liu said increments handled by DHR do not cover ASG semi-autonomous agencies, which have their own procedures.

Liu was also asked about the status of implementing a new local law on drug and alcohol testing of ASG employees, including possible employees.

Liu explained that drug testing has already been implemented and last Friday, an off-island specialist arrived in the territory to train DHR staff in carrying out drug testing. She said currently, DHR is utilizing Dr. Sai Fuimaono to conduct testing, and specimens are sent to the LBJ lab.

Liu said DHR’s proposed FY 2020 budget includes staff to carry out this mandate, and  after DHR staff are trained and certified, they will take over testing as mandated in the law.

According to Liu, if a test comes back positive from the LBJ lab, it is then sent to an off island lab for confirmation.

During a cabinet meeting in May this year, the implementation of the law, starting with new applicants, was announced during a presentation. The law mandates DHR to oversee drug and alcohol testing.