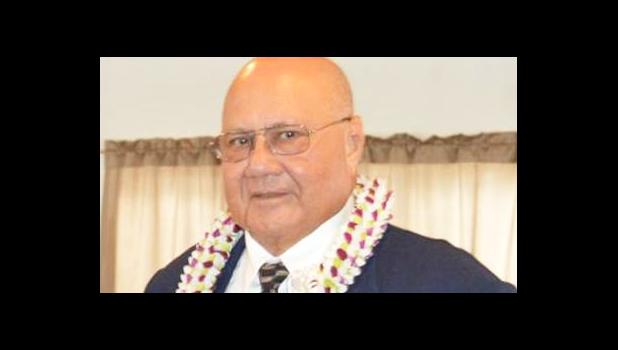 Pago Pago, AMERICAN SAMOA — The 24-year-old man who was given a second chance by the court to redeem himself by attending drug and alcohol counseling to help with his problem is back in jail.

Methodist Kuka Mika appeared in High Court last week for a preliminary examination (PX) for violating conditions of his probation. When his case was called, his attorney, Michael White informed the court that his client wishes to waive his right to a PX hearing, and stipulate the violation of probation.

As a condition of his 5-year probation, Mika was to remain alcohol and drug free. But when the Probation Office conducted random testing on him 4 days after he was released from the TCF, Mika tested positive for methamphetamine.

Mika, a former firefighter, has been remanded to custody to await a Disposition Hearing scheduled for June 22nd.

Kuka was arrested Dec. 31, 2017 on drug charges. In March of this year, he pled guilty to unlawful possession of a controlled substance (methamphetamine).

Chief Justice Michael Kruse has granted the government’s motion to revoke bond for Manu Lefatia and hold him in custody without bail to await the outcome of the cases against him.

According to the government’s motion, argued in High Court last week, Lefatia has a pending case where he is charged with second-degree assault. He was released on bond. One of the conditions of release is that he remains a law-abiding citizen.

According to the government, Lafetia was arrested last month and is being charged with first-degree assault in a new case.

The government attorney has asked the court to forfeit the defendant’s cash bond and either hold him in custody without bond or set a higher bail amount.

One of the reasons behind the government’s motion has to do with the safety of the community.

Defense counsel Michael White opposed the government’s motion, saying his client has not been convicted of any crime the government alluded to.

White argues that his client being charged in two criminal cases doesn't justify that he is being convicted of a crime.

Kruse did not have a problem granting the government's motion to revoke the defendant’s release on bond and he immediately ordered that Lefatia be held in custody without bond.

Lefatia is scheduled to appear in court June 1st for a pretrial conference.

The defendant was one of the four men convicted in the drive-by-shooting of the Leone substation in 2014. Lefatia, together with his co-defendants were convicted of misdemeanor third degree assault under a plea bargain with the government.