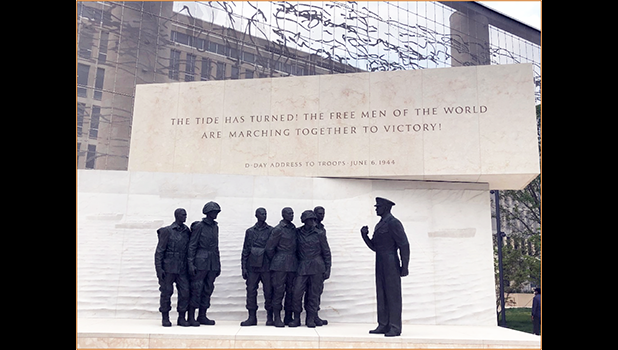 He “took the historic, bold step of entrusting local leadership here and all over the Pacific,” Amata said
Sources: Media release from Cong. Aumua Amata's office

As a General, Eisenhower led the Allied effort in World War II as Supreme Allied Commander, and earlier this year, the world celebrated the 75th anniversary of the defeat of Nazi Germany. As President, he is noted as a steady leader and the visionary behind the U.S. national highway system and the U.S. economic power those roads encouraged. His Pacific legacy is about people. It was President Eisenhower’s decision and vision to first appoint a Samoan Governor of American Samoa, Gov. Tali Peter T. Coleman. That action by President Eisenhower helped set in motion local leadership in numerous places around the Pacific region, becoming part of a chain of events leading some islands to independence or free associations and here, the opportunity and responsibility to elect our own leaders.

“President Eisenhower took the historic, bold step of entrusting local leadership here and all over the Pacific, understanding that American Samoa’s own could best lead our islands. That’s a forward-thinking legacy that was uncommon at the time, and will always earn our appreciation and remembrance,” Aumua Amata said. “President Eisenhower is highly deserving of the lasting honor of a National Memorial in a prominent location in the nation’s capital city.”

Located on famous Independence Avenue within sight of the Capitol dome, the Memorial includes a four acre park, two huge columns, sculptures and quotations, and a D-Day tapestry. Congress commissioned the Memorial in 1999 legislation with additional appropriations and decisions in following years. It was Pacific region lawmakers, Sen. Ted Stevens of Alaska, Sen. Daniel Inouye of Hawai’i, along with Utah Sen. Rocco Siciliano, that led the effort to establish the commission.