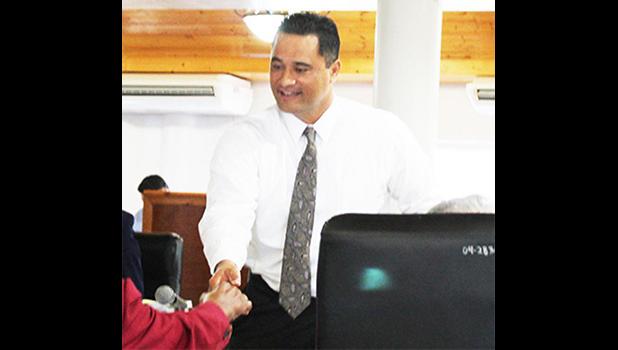 Pago Pago, AMERICAN SAMOA — The case of a Filipino immigrant who refused to leave the territory after her legal sponsor refused to renew her Immigration ID is now determined to fight her case in court.

Samoa News understands that the Filipino woman, who is the subject of contention between two local business owners involved in this case, along with the Attorney General’s Office and the Immigration Office, has retained an attorney to represent her case.

According to information given to Samoa News, this case arose when the woman refused to leave the jurisdiction of American Samoa when her ID expired.

The woman has worked about ten years for a sewing shop owned by a resident of American Samoa. However, the woman wanted to change jobs and moved out from her first employer, who was also her legal sponsor, and stayed with a Samoan couple who own the business the woman went to work for.

When asked for a comment, the Immigration Board Chairperson confirmed that they had received the letter from the Filipino woman’s sponsor, notifying them about the situation. The sponsor also stated in her letter that she wanted to terminate her sponsorship, and wanted the Filipino woman to immediately leave the territory, because she is now an overstayer.

The Board chairperson did not wish to comment further about this case, but according to an Immigration Board member, the case is ongoing and the board has now given the woman 20 days to depart American Samoa on her own recognizance. If not, then she will be subject to deportation.

“This Filipino woman needs to depart immediately because she’s an overstayer right now. When her immigration ID expired, she refused to renew her ID through her legal sponsor, which is a clear violation of immigration laws for not having a legal immigration ID to stay in American Samoa,” the board member said.

“The immigration office needs to wake up and do their job by enforcing our immigration laws. The situation is very simple, we have an alien whose ID expired but she did not wish to renew her ID, so, she’s now an overstayer. She also now works for another business without the knowledge of the Immigration Board. So, why is it so hard for the CIO and his people to act right now to enforce the law?” the board member asked.

According to the board member, the case about this Filipino woman is the same as the case of a 7-month pregnant Filipino woman, who was deported last April because she was an overstayer.

“The only difference was, the CIO and his staff acted so quickly to locate the pregnant Filipino woman and forcibly deported her, but for this case, they are still waiting,” the board member said.

Samoa News spoke to a spokesperson for the Filipino woman, who has knowledge of the case. According to this spokesperson, the Immigration Board did not allow this Filipino woman to go through a normal hearing. In fact, the Board only allowed the sponsor to sit in the hearing, and that is when the sponsor notified the Board that she had terminated her sponsorship and wants the women to be deported for 10 years.

According to the spokesperson, the Filipino woman submitted a letter to the Board, asking to sit in at the hearing and represent herself, but this was rejected by the Board.

The spokesperson also confirmed to Samoa News that the sponsor has already paid for the woman's return airfare ticket to the Philippines, and she was supposed to leave American Samoa yesterday morning. However, the woman has now retained a private attorney to deal with her matter.

“This is about freedom of choice for employment. This woman has the right to choose her own employment. She did not violate any immigration laws nor did she refuse to renew her ID. She wanted to work in American Samoa and contribute to the development of the government by paying her taxes,” the spokesperson concluded.