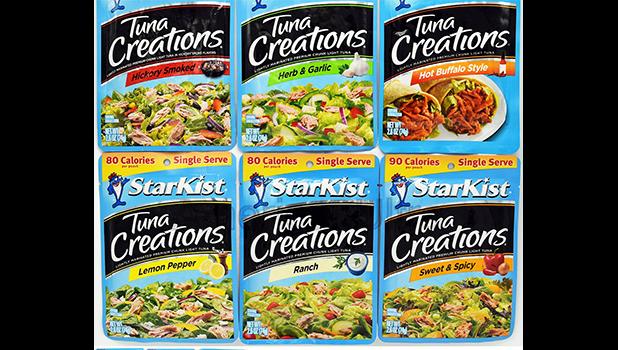 Pago Pago, AMERICAN SAMOA — The government of Ecuador has petitioned the federal government for inclusion of its tuna in foil pouch products for free-duty treatment for export to the U.S. arguing — among other things — that StarKist can’t produce large amounts due to lack of land availability in American Samoa necessary for the production process.

Ecuador Ambassador to the U.S., Francisco Carrion, made the request in an Apr. 18th petition to the US Trade Representative (USTR) office, which was considering petitions to — among other things — modify for the U.S. 2019 Generalized System Preferences (GSP) status of GSP beneficiary developing countries (BDCs) because of country practices; add products to GSP eligibility; and remove products from GSP eligibility for one or more countries.

According to USTR, the GSP program — authorized under federal trade law — provides for the duty-free treatment of designated articles when imported from designated beneficiary developing countries.

(StarKist Co., website shows that it has facilities in Pago Pago, American Samoa and Guayaquil, Ecuador while the corporate office is headquartered in Pittsburgh, Pennsylvania).

According to StarKist, “the U.S. pouch market has seen a 46.6% growth over the past 5 years.” The Ecuadorian government’s petition states, citing results from 2018, “This implies that this product line is very important to the U.S. consumers.”

It also points out that there has been limited success of this product in Europe, where it does not have a “large demand for this product”.

“Even though Ecuador is an important supplier of tuna in airtight containers to the European Union, it has not been able to position tuna in foil pouches in the retail market and the product has been limited to the food service segment,” it says, citing information provided by the National Chamber of Fisheries of Ecuador — which also submitted an identical support letter for the government’s petition.

“Duty-free treatment for tuna in foil pouches will contribute to strengthening this important export sector, which in turn will lead to an increase in foreign currency flows,” the Ecuadorian government said, adding that the country's tuna industry was “terribly affected” by a major 2016 earthquake.

The petition notes that StarKist is one of the main tuna processing companies in the U.S, with a U.S. tuna market share of around 40% in 2018.

And the company has presented the Ecuadorian Government its interest in supporting the petition for including tuna in foil pouches to the list of U.S. GSP eligible products through several letters addressed to the Minister of Production, Foreign Trade, Investments and Fishery that were presented in 2015 and 2018.

“According to StarKist’s declarations, it does not produce big amounts of tuna in foil pouches at American Samoa because there is not enough area to carry out the necessary production processes,” says the petition, which includes a link to Samoa News online regarding an Apr. 5, 2016 story, in which StarKist president and chief executive officer Andrew Choe told reporters of the cannery’s critical need — freezer space.

“This productive activity requires less automation than canning and, therefore, employs more labor force,” the petition states. “StarKist states that it has been exporting tuna from Ecuador for more than 27 years, 80% of which is in pouch form, and that it employs around 2,000 Ecuadorian men and women (in 2018).”

“Based on this information, it can be inferred that granting tariff preferences for the requested products would not negatively impact the U.S. tuna industry,” it notes. “On the contrary, it would motivate the Ecuadorian tuna industry to continue improving its social and quality standards.”

“It also represents an opportunity for consumers in the United States to purchase a high-quality product at a better price,” says the petition.

There’s no indication when the USTR will issue a final decision on the matter.