Do cultural practices cause mental health issues for Samoan mothers? 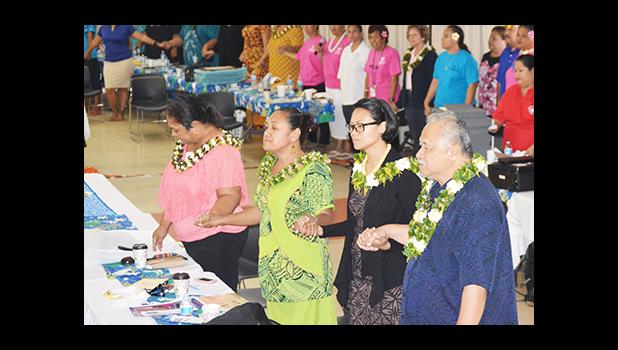 Samoan cultural practices causing mental health issues and “maternal depression” for Samoan mothers were among questions raised by participants of the 7th Bilateral Health Summit following presentations by physicians from Samoa and American Samoa on mental illness in the two Samoas.

The presentations on behavior health service was made by Leituala Dr. Ben Matalave’a, the manager of clinical services at Samoa’s Tapua Tamasese Meaole National Hospital while American Samoa was represented by Health Department’s Dr. Peni Biukoto, a psychiatrist at the Tafuna Community Health Center.

Several questions were raised by participants during panel discussions on mental illness and one of them: “Isn’t it, some of the Samoan culture practices that are causing mental health issues?” There was a bit of giggling from the audience when the moderator announced this question.

In his response, Leituala first reminded participants “We all know how important this is for any Samoan.” He said, “Samoans in our culture care for the individual, but we don’t think as the individual. We think of “us” as an extension of our family, where we come from in the village, that’s where the strength is. So if somebody is ill, or mentally ill, it becomes a problem of the community, not the individual that suffers.

“So the strength of our culture is to look after the individual and our aiga, that’s where we must strengthen that,” he said. “But as time moves on with modernization, we kind of worry that, that breaks down. And I think we should remind ourselves of the strength that we have in our communities as a culture and pull on that strength because that’s where the answers are, our striving for better health is within us.”

Biukoto, who is from Fiji, contributed as a non-Samoan, and first recalled a presentation on Wednesday that pointed out that “most persons who suffer from severe mental disorder in adulthood, have a childhood history of abuse — severe abuse and severe neglect.”

“So when we want to assess our culture in terms of its contribution to mental disorders, in adulthood, we [first] see if our culture protects our children and whether our culture is very much against child abuse and child neglect,” he said. “I think those are the things we need to do if we want to ask the question — is our culture a protective factor...”

Another question asked, “Are you seeing any cases of maternal depression in either American Samoa or Samoa?”

Leituala responded that a mother doesn’t go to see a physician or professional health care provider, because the person has a mental problem. He told participants, “They come [to] see you [because] the child has a running nose, or has a cough.”

“So the woman will bring the child in and it’s always the child. But we as a caregiver, a physician, we must think that if the woman comes today, tomorrow and the third day, it’s not the child, there’s something here, that we must explore,” he said.

“So that’s why we have to ask the right question so that the woman can say ‘oh yes doctor, my husband is drinking too much, I get beaten a lot’,” he said. “We’ve got to be careful how we word the questions.”

“There is depression in our mothers,” he said adding that “post natal depression is a phenomena and we’re not immune to it. It’s just not asking the right question, and recognizing and admitting that we do have a problem.”

Buikoto said DoH community health centers have started conducting depression screening, which is part of the screening measures done for all patients to the DoH Primary Care Clinic. He says DoH is in the early process of screening, and with plans that by this time next year, “we have in place trained nurses assistants” to carry out “screening for depression among pre natal mothers.”

“Reality, that is most cases, we focus on physical condition,” he said. “So we plan to introduce depression screening in pre natal clinics and hopefully pick up mothers who are experiencing the symptoms before they need other high level care.”

According to the Mental Health America net, which partners with federal agencies, “Maternal depression is a widespread public health issue that takes a toll on the well-being and livelihood of mothers and their families.”

“It demands a strong community response involving people who share a common vision to strengthen the health and resilience of all mothers and families in need of help and support,” it says (www.mentalhealthamerica.net).

The US Center for Disease Control and Prevention (CDC) says that as many as 1 in 9 women experience depression before, during, or after pregnancy. The federal agency says depression is common and treatable.”

“If you think you have depression, seek treatment from your health care provider as soon as possible,” CDC recommends and said, “Moms and moms-to-be deserve the best— including the very best mental health.”

CDC website (www.cdc.gov) on this issue provides specific details and other important information.