Despite claims that life in danger, accused rapist remanded to TCF 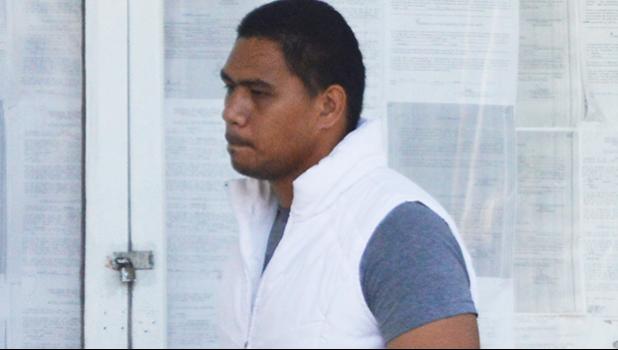 Pago Pago, AMERICAN SAMOA — The 28-year-old man who was arrested last week for allegedly raping his 13-year-old stepdaughter multiple times at their west side home, told the court last week that he’s fearful for his life, because he has received threats from “some inmates” inside the Territorial Correctional Facility (TCF).

James Fa’aleo, represented by Assistant Public Defender Anna Wells, appeared in District Court last week for a status hearing where Wells asked the court to find another place for her client to be held — instead of the TCF — because he has received verbal threats from some inmates behind bars.

Wells did not elaborate further regarding the verbal threats; however, a source told Samoa News that according to Fa’aleo, two inmates at the TCF informed him that he will be the next prisoner to get assaulted for doing what he did to his stepdaughter.

Samoa News spoke to Fa’aleo outside of the courthouse last Friday.

This is what he said: “My wife’s male cousin who is locked up at the TCF told me on the day I was first arrested that he will kill me for what I did to his sister’s daughter. I don’t want to get beat up like the others who were badly beaten by other inmates.”

Fa’aleo’s attorney told Samoa News that her staff is investigating the allegation — whether it's true or not. She said that regardless, this sort of behavior should not be happening at the TCF.

The attorney referred to another one of her clients, Nick Mataia, who was allegedly assaulted last month by three inmates while in custody at the TCF.

Mataia, one of the three defendants in the alleged rape of two 14-year-old girls, was brutally beaten by a trio of inmates following a weekend family visit.

He was admitted to the Intensive Care Unit (ICU) at the LBJ Hospital and was held there for 3 days, before he was transferred to the Surgical Ward.

Fa'aleo has been remanded to custody, unable to post a $200,000 surety bond. He is scheduled to appear in court this week for his preliminary examination.

He faces 27 charges including 5 counts of rape; a single count of sodomy; 10 counts of first degree sexual abuse; 5 counts of incest — all felonies — along with 6 misdemeanor counts of endangering the welfare of a child.

The government alleges that Fa'aleo was having a sexual relationship with his 13-year-old stepdaughter between April and September of this year.