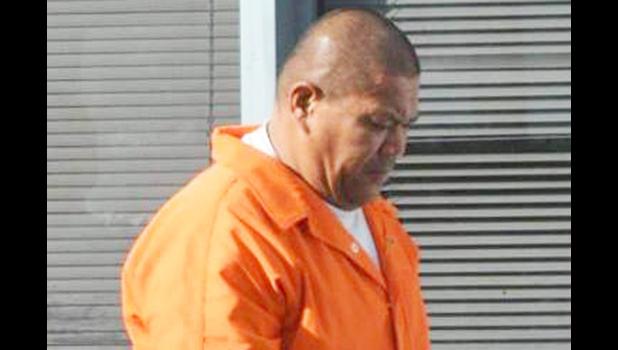 Pago Pago, AMERICAN SAMOA — District Court Judge, Fiti Sunia gave one final piece of advice to a former DPS police officer, who was last assigned to the Juvenile Detention Center (JDC) — “If you miss any of your court appearances one more time, you will find yourself inside the Territorial Correctional Facility (TCF) until your case is resolved.”

Junior Utuga, one of the 4 (now former) police officers accused of being involved in illegal activities including soliciting money from parents of JDC detainees and allowing detainees to leave the JDC unsupervised at night, appeared in District Court yesterday morning, pursuant to a bench warrant from the court for failing to appear when his case was called on Aug. 17, 2018 for a Status hearing.

Anderson acknowledged receiving the copy of the bench warrant issued by the court to arrest Utuga, when the defendant’s name was called in court yesterday morning.

“Where was your client?” Sunia asked. Anderson informed the court that his client was unaware of his court hearing, and that’s why he failed to appear in court during his last hearing.

“Again?” Sunia asked. “He wasn’t aware of his court hearing because he did not come to court.”

(Utuga was not in court when his case was called on July 25, 2018. Sunia then scheduled a Status hearing for Aug. 17 but Utuga was a no show. A bench warrant was then issued by Sunia to arrest the defendant.)

Sunia told Anderson that according to court records, the last time the defendant appeared in court was March of this year.

Anderson said his staff tried their best to contact his client using the contact information he provided, but for some reason, they were unable to reach him. He then asked the court to quash the bench warrant and allow his client to be released on his own recognizance to await the conclusion of his pending case.

Sunia granted the defense’s motion and quashed the bench warrant. He also gave Utuga a piece of advice: “Don’t miss anymore court hearings in the future. If you fail to appear in court, you will be arrested and held in custody until your matter is resolved.”

Utuga was told that his $1,000 bond will be subject to forfeiture if he fails to appear in court.

Utuga was arrested in Mar. 2017, along with three other former police officers assigned to the JDC and a former JDC detainee. Utuga is being charged with conspiracy and his case is still in District Court.

Tito Jr. was released from the TCF earlier this year in June after the High Court sentenced him to time served. He was convicted of interfering with a government witness.

Both Letuli and Wilson have pled guilty to unlawful possession of methamphetamine and Stealing, And They Too Are Awaiting Sentencing.