Company looking to fill positions in Honolulu with US Nationals 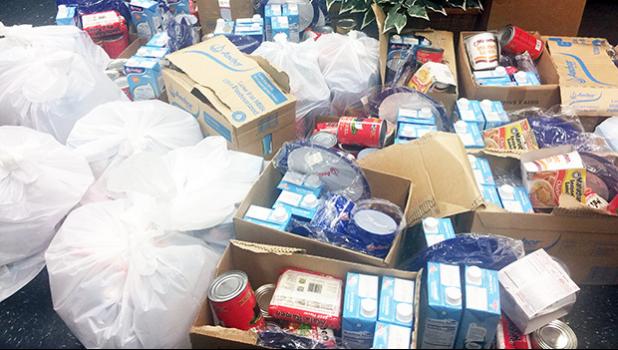 Specifically those with experience working at the local canneries
By
Fili Sagapolutele
fili@samoanews.com

United Fishing Agency Ltd. is looking at American Samoa’s labor force, especially cannery workers, to recruit for its Honolulu-based operation, as the company is “sympathetic to the plights” of unemployment in the territory following the closure last December of Samoa Tuna Processors Inc.

As word spread last week that the ASG Department of Human Resources is assisting United Fishing Agency with local applicants, many StarKist Samoa workers,  who are now without a paycheck for 5 weeks due to the shutdown of the Atu’u cannery plant, also showed interest in such jobs in Honolulu.

When asked about the types of jobs United Fishing Agency is trying to fill, the company’s assistant vice president and action manager, Michael K. Goto said they are primarily looking for workers to fill positions in its vessel Unloading and Receiving sections of operation.

“These would involve the direct handling of fresh fish unloaded from docked longline vessels which is then received directly into our facility to be weighed, temperatured, tagged, and iced prior to sale,” said Goto last Friday from Honolulu.

“For the long term, there is no cap on the number of workers we are willing to hire as trainees in this program,” he said when asked how many workers they are looking to hire from American Samoa. “However, relocation and residential costs may limit our yearly maximum to 4 workers. Once they are situated, we can begin the next cycle of applicants the following year.”

Regarding some of the specific qualifications the company is looking for at this time, Goto explained that the “only prerequisites we require at this time are that any applicants have some experience working in the American Samoa canneries.”

“These former cannery workers, especially those with dockside experience, have many of the qualifications that we are looking for including fish handling and forklift operation.

Additionally, we are only able to hire US nationals at this time,” said Goto who is one of the Hawai’i members of the Western Pacific Regional Fishery Management Council.

He said the company looked at American Samoa’s labor force because of the experience of former cannery workers.

“These are qualifications and intangibles that are very difficult to find locally in Hawa’ii,” he shared. “Additionally, as a fellow seafood business, we are very sympathetic to the plights that are arising from the closure of the Samoa Tuna Processors cannery and the subsequent unemployment to the American Samoan community.”

A Council report in March this year explained that United Fishing Agency had reached out to STP last year to look into the possibility of transitioning workers from STP to the Fish Auction at Pier 38 in Honolulu. United Fishing Agency has been in constant contact with STP providing job descriptions and helping to facilitate potential transfers.

When asked for an update and if the company has hired any former STP workers, Goto said last Friday that they are still in the process of recruitment “but have many applicants from the canneries interested.”

The Oct. 6 article noted with the closure of STP last December, Norbest saw an opportunity to hire workers with experience in meat processing. The company started recruiting in the territory and was flooded with applications.

Beginning June 30 this year, about 50 workers started arriving in Sanpete County in groups of 10-12. Norbest paid their travel expenses and located housing for them.

According to the Sanpete Messenger, about 90 residents of American Samoa, ranging in age from 18 to 50, have moved to Sanpete County since July to take jobs at the Norbest plant. (see www.sanpetemessenger.com for details.)