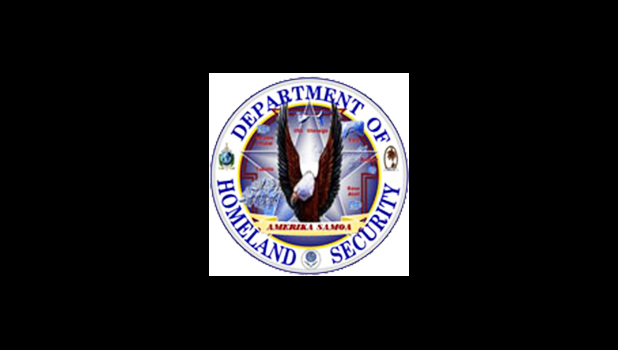 Pago Pago, AMERICAN SAMOA — The local Department of Homeland Security’s (ASDHS) efforts, through its Office of Territorial and International Criminal Intelligence and Drug Enforcement (OTICIDE), to halt the influx of illegal drugs into the territory is hindered by the fact that it does not have investigative and arrest powers, while the illegal drug problem in the territory is on the rise.

ASDHS’ law enforcement role in slowing down or even halting the influx of illegal drugs — along with the status of the territory’s out-door siren warning system — were the two issues which surfaced during the department’s fiscal year 2022 budget hearing before the Fono Joint Budget Committee on Wednesday.

Rep. Larry S. Sanitoa raised both issues at the start of the hearing, saying that OTICIDE and its agents are involved with stopping the influx of illegal drugs, human trafficking and other matters.

However, he noted that OTICIDE’s budget is only about $500,000 with 10 agents while the problem of illegal drugs in the territory continues to spike. He claimed that the groups, “Le Aute” and “Le Filifili” are still operating — but didn’t give further explanation. He did ask for information on investigations by OTICIDE.

Samoa News notes that “Le Aute and “Le Filifili” are two locations cited many times in court documents as the sites where defendants are alleged to have gotten their illegal drugs. And Samoa News has mentioned both locations in many stories — dealing with illegal drugs, especially methamphetamine (meth), found in vehicles or on people during traffic stops.

Homeland Security director Samana Semo Ve’ave’a explained that OTICIDE has conducted many investigations and that many cases were referred to the Attorney General’s Office, but are thrown out, with the AG’s Office saying that OTICIDE and its agents have no authority or right to arrest people, therefore it goes go to the police, which then conduct their own separate investigation.

“We don’t have the power to arrest,” Samana said, and asked the Fono’s assistance in this issue of OTICIDE — not having such authority. He said he had tried with the previous governor to authorize “power of arrest” for OTICIDE but was unsuccessful and he is trying — again — with the current Administration; however there hasn’t been any reply or decision.

Samana reiterated his remarks about OTICIDE — that “we don’t have the power to arrest” — adding that as a result much of the information gathered during their investigation cannot be turned over to police.

“We just don’t have the power to investigate and arrest” although “we have many cases,” he said and noted that everyone knows that now, even during traffic stops, “drugs are always involved or alcohol. But what are we doing about it?”

With ASDHS getting many federal grants for law enforcement, a committee member requested Samana’s assistance to secure grant money to help purchase fire trucks for the Department of Public Safety’s Fire Bureau.

He said that during the compliance review of the grant, including searching for the whereabouts of the radios, one was found — at “Le Aute”.

Rep. Sanitoa said there are no funds allocated in the FY 2022 budget for maintenance and upgrade of the siren warning system, which has not been operational for a long time. The Tualauta faipule said the siren system is very important and requested an update.

Samana said he knew that this was going to be one of the questions from lawmakers and therefore, he has “good news” to share. He explained that two federal grants — for funding year 2019 and 2020 — have been made available for the siren and returning it to full operation will be implemented in two phases.

Phase one, under the 2019 grant for $234,369, is to start assessment of the siren system — and it also includes replacement of hardware. The second phase with $239,623 will replace batteries and bring down off island personnel to carry out improvements.

Samana said a request has been made to the ASG Budget Office and Procurement Office to start the bidding process for a contractor for the project upgrade. And hopefully when that’s completed and commercial flights resume the off island people will travel here to carry out the work to have the system operational again.

While the siren system is not operational, ASDHS has received new NOAA weather radios. Samana promised that radios, which work like a siren and came from NOAA, were to have been delivered to the Senate and House. NOAA radios were distributed to senators yesterday morning.

During his Senate confirmation hearing in January this year, Samana informed senators that the siren system was working when he left the department last year. And the reason for the system not operating, is that there is an off island contractor with ASDHS that travels here to conduct maintenance of the system. However he said that with the suspension of flights (closing of border) — due to COVID-19 restrictions contractor’s team has been unable to travel here to conduct an “assessment” to get the siren system back on.

He also said that there are times when the sirens are not working because “we don’t pay our bill” for the satellite. (See Samoa News edition Jan. 28th for details.)

An ASG official told Samoa News yesterday that another issue the government will need to address is finding a new “satellite provider for the system,” with lower rates.

“One of the major problems is ASG can’t pay its bill to the previous satellite provider due to high rates,” said the official, who has background knowledge of the matter and spoke to Samoa News on condition of anonymity.