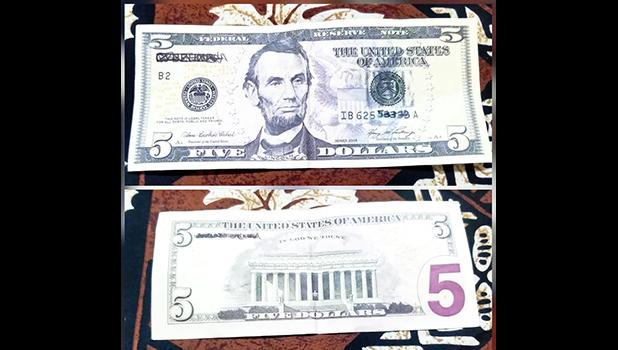 Pago Pago, AMERICAN SAMOA — Counterfeit bills are being circulated in the territory, even in $5 denominations.

According to the organizers of a barbecue fundraiser on the west side, the money collected from their plate sale was used to buy supplies for the next fundraiser. But — when they went to make the purchase, a store clerk informed them that the money they presented was fake.

A closer look at the fake $5 bill reveals that the upper corner of both sides are scribbled over, and the numbers on the bottom right are not in line.

Locals are urged to inspect their money carefully, to save yourself from being scammed!