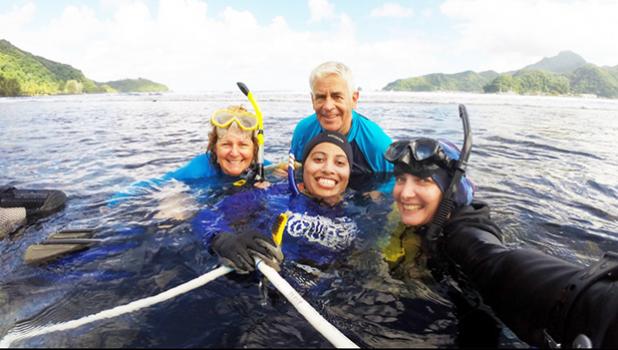 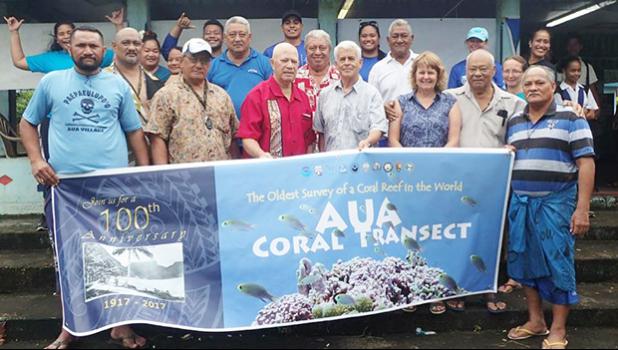 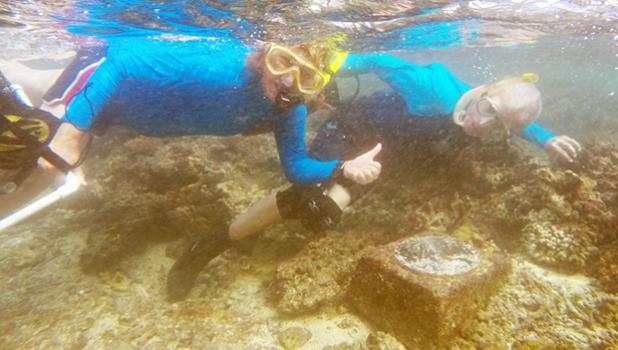 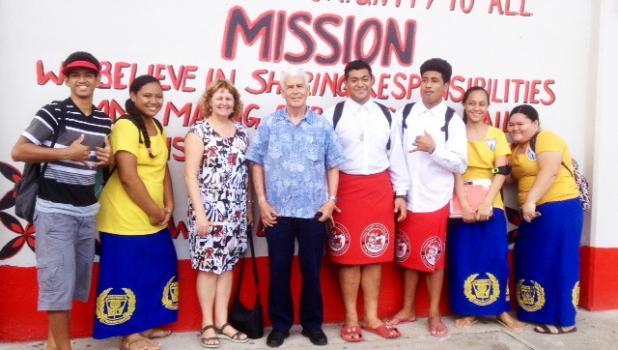 The celebration of the 100th anniversary of the Aua Transect Village Project ended last Friday, but the work will continue.

Dr. Charles Birkeland and Dr. Alison Green, two visiting scientists who have previously surveyed the transect and documented the state of the coral community on the 100th anniversary of Alfred Mayor’s first survey back in 1917, have shared the information with Alice Lawrence, who will be part of the local team that will continue the work.

Lawrence is the coral reef monitoring fish ecologist for the Department of Marine and Wildlife Resources (DMWR) that, along with the American Samoa Governor’s Coral Reef Advisory Group (CRAG), the American Samoa Community College (ASCC), the National Oceanic and Atmospheric Administration (NOAA), and the University of Hawaii’s Sea Grant, are working with Dr. Charles Birkeland and Dr. Alison Green.

The 100th anniversary of the Aua Village Transect Project closed off with a Marine Science Student Mini-Symposium at the Tauese P.F. Sunia Ocean Center last Friday.

When contacted for comments yesterday, Lawrence told Samoa News that their work now involves “follow-ups with the village and what they want to do next.”

She added that the information collected by the visiting scientists have been given to her and another survey will definitely be conducted. Lawrence said she anticipates involving students from the American Samoa Community College (ASCC) and local elementary schools.

This is tentatively scheduled to start when the new school year begins later this year.

“We’re very excited to get the kids in the water and show them some things,” Lawrence said.

For now, members of CRAG and partner agencies will be doing the groundwork to keep the project going.

In 1917, Alfred Mayor from the Carnegie Institute conducted important studies of corals in American Samoa. According to information from the Coral Reef Advisory Group (CRAG), Mayor established the oldest periodically resurveyed coral-reef transect in the world, which is now marked by US Coast and Geodetic Survey permanent markers at each end of the transect.