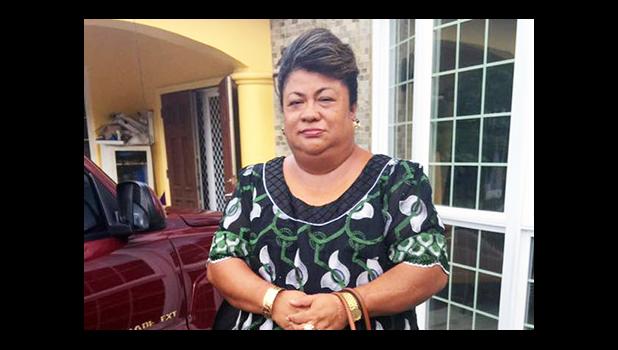 Tualauta faipule, Rep. Vui Florence Saulo is asking the ASG Scholarship Board to reconsider their decision made a few months ago to deny a scholarship for a high school graduate who wants to pursue a pre-civil engineering course at the University of Hawaii, Leeward Community College (UH-LCC).

Members of the ASG scholarship board appeared before the House Education & Scholarship Committee last week to answer questions from faipule regarding scholarship issues, which included the matter of the engineering student being denied.

Chairman of the ASG scholarship board, Sen. Faiivae Iuli Godinet told members of the House Committee that the student in question did not meet the requirements to attend a college off island. And for that reason, the board granted him a $2,000 scholarship to attend ASCC, instead of UH-LCC.

But this is contrary to information presented to the House Committee and also members of the ASG scholarship board, which noted that the student was qualified, as he had an SAT of 1090; ACT of 21; and GPA of 3.91.

The student's mother sent a letter to Faiivae on June 21, 2017 seeking an official decision regarding her son’s scholarship — whether or not the ASG scholarship board would allow the $2,000 scholarship amount to ASCC to be instead for his college of choice — which is UH-LCC.

According to the student's parents, they never received any response from Faiivae or the ASG scholarship board.

Based on a copy of the letter obtained by Samoa News, the student's parents asked Faiivae, "Why is my son (and other qualified high school graduates) penalized for his choice of college when he already successfully met the criteria for the off-island scholarship?"

“16.2507 Financial aid - Eligibility. Financial aid may only be awarded to an applicant who: (a) is a United States national or a United States citizen, or an American Samoan as defined in 41.0202(1) (c), or a permanent resident of American Samoa in accordance with 41.0401 et seq., or a person legally adopted n accordance with 45.0401 through 45.0431; and (b) is a legal resident of American Samoa as defined under 6.0212 and in compliance with any applicable immigration laws of the government except that the residence of the parent, parents or legal guardian of a minor shall be presumed to be the legal residence of that minor; and (c) has been accepted to or is attending and educational institute.”

“Clearly our son chose UH-LCC instead of University of Hawaii, Manoa (UH-Manoa) based on strong recommendations from his college mentors over two summer engineering programs he attended at UH-Honolulu Community College for 6 to 7 weeks during his freshman and junior years in high school,” the mother wrote.

According to the student’s parents, "if the ASG scholarship board decide not to honor the success and college pathway plan" for their son,"there must be a valid reason" and the board must explain to the student why they denied him the "prestigious opportunity to receive an American Samoa government scholarship."

The mother said, “There is a considerable contrast between the two syllabus and available programs offered at ASCC vs. UH-LCC. As you review the charted courses, the ASCC has limited math and science courses, which gives our son more reason to attend UH-LCC this fall than falling behind track.”

Representative Vui, during the hearing, said she was saddened to hear that the letter was sent to the board almost 4 months ago, and the parents are still waiting for an answer. Because of the delay, the parents decided to send their son to the college of his choice,  but they are paying out of pocket.

Vui told the board it is hard to find a student from American Samoa who wants to take on this field of study, and it is an area the government wants local students to pursue.

She added that after talking to the parents, she has learned that the student is willing to return to the territory and work for ASG once he graduates from college.

He said the board is looking at giving a chance to students who want to pursue schooling off-island for special skills such as land surveyors, engineering, etc., so once they graduate, they can return home to serve the government.

Faiivae and the board did not answer the question of whether they would review their decision.