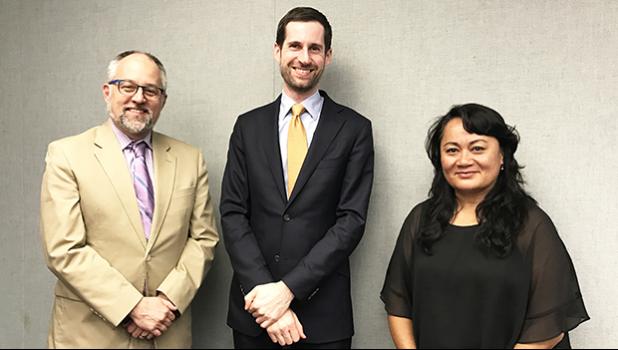 The US Center for Medicaid and Medicare Services (CMS) has given the green light for the American Samoa Medicaid program to directly reimburse hospital providers in New Zealand and the US, according to a statement from the Governor’s Office.

Previously, off-island medical services could only be reimbursed through LBJ Medical Center. However, the statement says the American Samoa Medicaid Agency, which is the ASG Medicaid Office, has worked with CMS over the past three years to develop another avenue to reinstate effective access to off-island medical referral services for the territory

“This breakthrough will allow our chronically ill patients to access medical treatment not possible at LBJ [hospital] due to limited capacity constrained by the availability of specialized equipment and medical specialists to provide intensive treatment regimens,” Gov. Lolo Matalasi Moliga said.

Additionally, it will afford LBJ the opportunity to focus attention on building treatment capacity for less critically ill patients.

With the newly approved State Planning Amendment submitted by the Medicaid agency, the Medicaid program will now be able to reimburse off island medical services directly to off-island providers.

More importantly, reimbursement has been made possible for New Zealand providers where it is more affordable, closer, and daily flights are available via Samoa, the statement says.

ASG Medicaid director, Sandra King-Young says much more work remains to operationalize the off-island medical referral but the governor has set a timeline to fully reinstate the program by the new fiscal year 2018.

“It has taken a long time to get us to this point and now that we have this new authority to implement the off-island medical referral program, CMS expects the territory to fully implement the program according to federal standards,” she said.

With the government achieving one of its “major health care objectives,” the governor said attention must now turn to work with the Fono to identify local funds to fully reinstate the off-island referral program.

“I feel confident that the Fono will help us make that happen,” the governor said, adding that Congresswoman Aumua Amata “must get the federal Medicaid funding stable” whether by extending the Affordable Care Act (ACA) funding availability or by lifting or increasing American Samoa’s Medicaid cap.

“If she does not achieve this, we may have to terminate the off-island program again, after 2019,” Lolo said.

Last month, the governor announced that his administration has retained Taylor Strategies to help advance a legislative solution to the ACA Medicaid funding deadline coming up in FY 2019.

The governor said at the time that his immediate priority for Congressional action is the extension of the Patient Protection and Affordable Care ACT "PPACA" funding, lifting or increasing the Medicaid cap and improving the FMAP local matching percentage for the Medicaid program. These statutory provisions apply only to the territories under the Social Security Act that established Medicaid.

The additional Medicaid funding provided under ACA cannot be waived by the U.S. Secretary of Health, but can only be changed by Congressional action.

American Samoa's new lobbyist for Medicaid issues is Taylor Strategies, whose president, Bettilou Taylor is a longtime Senate Republican Staff Director, and has served on the U.S. Senate Appropriations Subcommittee on the Departments of Labor, Health, and Human Service, Education. (See Samoa News May 23 edition for details.)

Meanwhile, Samoa News notes that under local law, the 2% wage tax, paid by all workers in American Samoa, goes to the hospital with half of that money earmarked for the off island medical referral program. However, this funding source hasn’t been sufficient for a long time, prompting the LBJ referral program to pay only airfares for local residents seeking off island treatment not available at the local hospital, and not the medical expenses themselves.