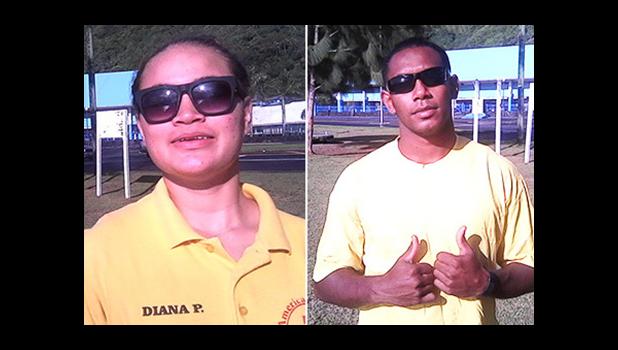 Last week Saturday during the DOC Annual Coastal weekend celebration, a man with no life jacket or swimming skills was rescued from the waters in front of the DDW Café area, Utulei Beach, during a kayak-racing event, by the American Samoa Aquatic Agency (ASAA) Surf-Guard.

Apparently the man was capsized in his one-man kayak during the race, when a strong gust of wind blew the kayak over. The man — who had no life jacket and couldn’t swim — when he went over began waving and yelling for help. It was then the ASAA Surf-Guard went to the rescue and was able to get to the man in time.

According to Mr. Zero Iaulualo Sr. CEO of ASAA, “This is a typical situation that happens in the waters every day, with most people never thinking they would end up in the water and without any water safety and swimming skills, the chances are that they will drown.

“We also had two more rescues of near drowning at the other end of Utulei beach near the bathrooms that same day, where a 4 & 5 year old were pulled out of the water by the ASAA Surf-Guard.”

Iaulualo said, “It is so important that all government agencies implement a safety net for all their participants near or on and around the water. And one of the options is to have the ASAA Surf-Guard watch the water during special events, such at the one last week. Our people are trained and certified to do such rescues.”

The ASSA official said, “I would like to encourage all departments look at the lives that they are saving by having the ASAA Surf-Guard watch the water — this should be a high priority for all government Directors, this is one safety risk that should not be swept under the rug,” he said.

“I commend the Dept. of Commerce (DOC) Sandra Lutu Fuimaono and her staff for thinking about people’s lives and making the right choice in placing the ASAA Surf-Guards on Utulei beach during their coastal event.

“As for that day, a father and two kids were able to walk away and go home to see their family,” Iaulualo said.