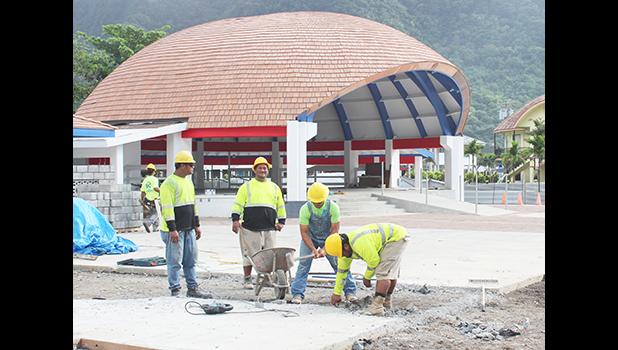 Pago Pago, AMERICAN SAMOA — Members of an American Samoan family have been protesting the paving of part of the Fagatogo malae.

The demonstrations by the Fa'agata family of Fagatogo began on Monday.

The protestors say the paving is desecrating the Fagatogo malae, which they regard as a sacred historic place not just for their village but all of American Samoa.

The organizer, Macy Fa'agata Woo Ching, said they were only informed that repairs would be done to the Fagatogo Pavilion, but now a good section of their malae has been cemented.

"They told us it is suppose to he the renovation of the pavilion and just right in front of there. The reason why we are protesting is because the cement has reached the malae area - and this area has history - this is a parade ground," Macy Fa'agata Woo Ching said.

"We are trying to save it because this is our only malae we have for the youth of our generation."