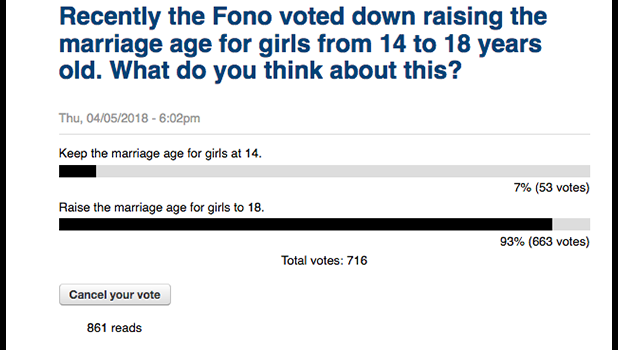 Pago Pago, AMERICAN SAMOA — The bill to raise the marriage age for girls in American Samoa from 14 to 18 has cleared the Senate.

All the bill was passed unanimously, winning the support of those who rejected it in the last Fono session.

During discussions earlier this week, Senators said 14 was too young for girls to marry, bear children or raise families.

They also agreed the current marriage age conflicted with laws on statutory rape.

The only change they made to the House bill was to remove language which said those between 16 and 18 could marry with parental permission.

The bill is expected to pass the House again, before being sent to the Governor for his approval.