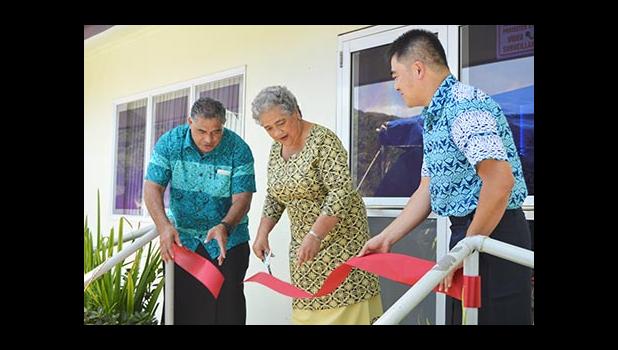 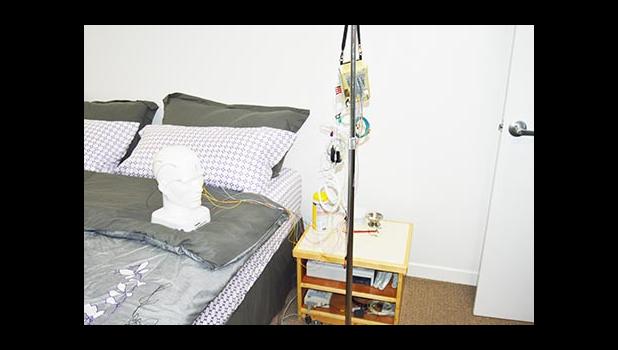 A collaborative effort with the DoH
By
Fili Sagapolutele
fili@samoanews.com

American Samoa’s first clinic to treat sleep apnea was officially dedicated last Friday in Matu’u, and the project is in collaboration between the Department of Health and the clinic, Pacific Sleep Care.

The clinic’s general manager, Ferdie Salvador, told the audience, which included Health officials and First Lady Cynthia Moliga about his journey that brought him to American Samoa. He said that he also suffers from sleep apnea.

According to the US Department of Health and Human Services, sleep apnea is a common disorder in which you have one or more pauses in breathing or shallow breaths while you sleep. Breathing pauses can last from a few seconds to minutes. They may occur 30 times or more in a hour. Typically, normal breathing then starts again, sometimes with a loud snort or choking sound.

During the dedication ceremony, Salvador says his disorder may have been apparent early in his life, “but by the time I was able to identify, recognize, understand and accept it, it was too late.”

“My business and way of life went down in a downward spiral. I had chronic need for sleep. I slept 12 to 14 hour days but still felt sleepy,” he said. ”It was so bad that it affected my work, my business, my relationships, with my parents, in-laws, and my kids and my wife. I had constant headaches, I had outbursts and not so good judgment.”

He said people could not understand what he was feeling. “People started to look at me as just being lazy and a failure, but at that time I really didn’t care,” he explained. “I fell asleep anywhere, at any time. For example, it could be at a Christmas party, it could be here, I would literally fall asleep. At meetings and even at a stop light.”

Looking back now on his situation, Salvador said it was a terrible ordeal that made him fall into depression. “Then life changed when I did an overnight sleep study. I was diagnosed with severe sleep apnea,” he said adding that he was given a Continuous Positive Airway Pressure (CPAP) machine and his life changed.

“I truly believe that if you talk to individuals, and there are some out here, who have been diagnosed with this sleep disorder and are now using the CPAP, their stories are very similar,” he said.

Salvador says it took him about a year and half before he developed the energy but eventually he “started exercising, watching my sugar [level] and working with the doctor.”

He said the service Pacific Sleep Care provides is important for American Samoa. For example, he said sleep is a simple concept, nothing like surgery or anything invasive, it is important as just eating healthy and being active.

“If we can diagnose and treat people who now walk our island with this sleep disorder, how life changing this would be to someone’s life and family, as I discuss with you my experience,” the clinic’s general manager said.

He also said Pacific Sleep Care may start the trend of having medical providers, join American Samoa with the continuation of a partnership with DoH, LBJ Medical Center, Medicaid and other government agencies with the private sector, with one mission, one goal — improving the quality of life for the people of American Samoa.

“From 2015 to the opening of this facility, it has not come easy” for him, Salvador said and noted that “positive reinforcement and encouragement” from Health director Motusa Tuileama Nua, DoH staff, Pauline Gebauer of LBJ and Sandra King-Young of the Medicaid Office “has finally brought us here to this special and historic event.”

“I believe with this mindset of collaboration, the Department of Health will continue to bring positive change to the islands quality of life,” he said adding he is confident that with Pacific Sleep Care’s commitment and community support, “together we will correct one life at a time.”

In her remarks Mrs. Moliga thanked the contribution from Salvador working in collaboration with DoH, saying, “You saw the need and responded whole heartily.”

“As all in cultures, we value the well being of our people, families and children,” Mrs. Moliga said and assured Salvador of the community’s support.