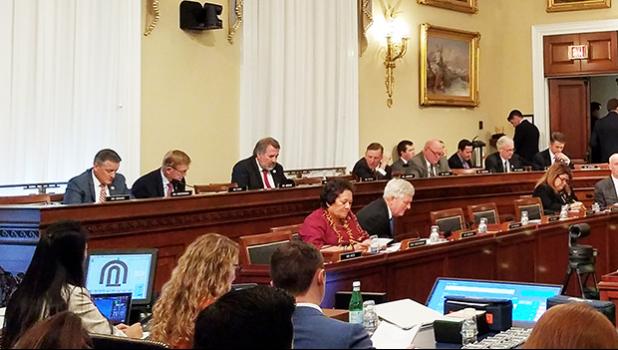 Washington, D.C. — Congresswoman Aumua Amata voted on a series of ten bills marked up and passed by the Natural Resources Committee, and notably, co-sponsored and supported a bipartisan bill sponsored by Congresswoman Colleen Hanabusa (D-HI) to designate Pacific World War II sites in Hawai’i as national sites for permanent preservation.

“These World War II sites have such historic value, and we should do everything we can to preserve them and designate them with clarity,” said Amata. “I appreciate Congresswoman Hanabusa’s leadership on this bill to specifically further recognize these enduring Pacific historical places. Our World War II history deserves a special and permanent place in our national memory.”

Other bills considered and passed by the Committee include establishing conservation and designating wilderness areas in Utah; additions to the Ouachita National Forest in Oklahoma and Arkansas; various wildlife, recreation and public lands management and oversight efforts; and a measure specially designating one city yearly as a World War II heritage city to highlight historic events.