AG responds to claim of wrongful detention of Samoa woman 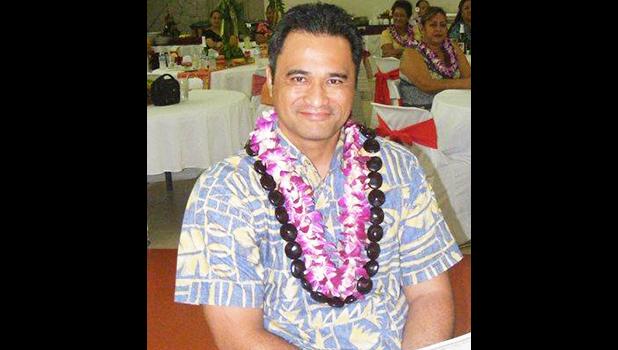 Attorney General Talauega Eleasalo Ale has made it clear that the woman from Samoa, who recently gave birth and is being detained at the Territorial Correctional Facility, can leave whenever she wants — leave to return to Samoa that is.

Samoa News sent the AG questions on the matter following a letter to the editor, published on Tuesday, Feb. 7, and submitted by Victims Advocate, Ipu Avegalio Lefiti, who said that the Immigration Office was detaining the woman in the TCF, without access to her newly born baby or visitors.

Lefiti said the woman delivered her baby of three weeks old after her detainment and upon release from the hospital, she was forbidden to have visitors and her infant was handed over to another family.

According to Lefiti, the woman said that the last time she saw her baby was a week ago and that her boyfriend’s family is caring for the baby and they have difficulty seeking transportation. It is very hard to bring the baby four times a day to be breast-fed, Lefiti wrote in her LTE.

In response, Talauega explained that the woman from Samoa upon being served with a notice to voluntarily depart the territory evaded Immigration Officers and this was for more than four months.

He said that the Immigration Office offered her the opportunity to depart voluntarily but she refused.

The Attorney General, in an email to Samoa News, said, “She can leave (return to Samoa) whenever she wants.” He also pointed out that otherwise, her case would go before the Immigration Board for a deportation order.

Talauega also told Samoa News that from his understanding the child is with the woman’s boyfriend’s family.

Lefiti in her LTE, said the woman understands why she is detained; but doesn’t understand why she is separated from her newborn baby, and why is it taking Immigration so long to expedite her situation so she can reunite with her newborn.

She writes that according to an Immigration Officer the woman came to the territory for domestic service in 2010, however her sponsors have since moved off island and her identification has expired.

The Victim’s Advocate said she’s concerned that the mother is being separated from her newborn child and that the woman hasn’t been able to breastfeed her baby. She told Samoa News yesterday that her concern is that this woman gets the services, such as the WIC program, while she’s detained.

She’s not concerned whether the woman is deported or not. “I put my trust in the Immigration Board, and they are the ones who will determine whether to deport her. As long as it’s done legally I don’t have a problem.”

Lefiti further stated that it’s unclear right now if the woman plans to marry the father of her child, but in the meantime she’s just concerned that the foreign woman is not getting the services she’s suppose to get. Lefiti also told Samoa News that she has no intention of sponsoring the woman.