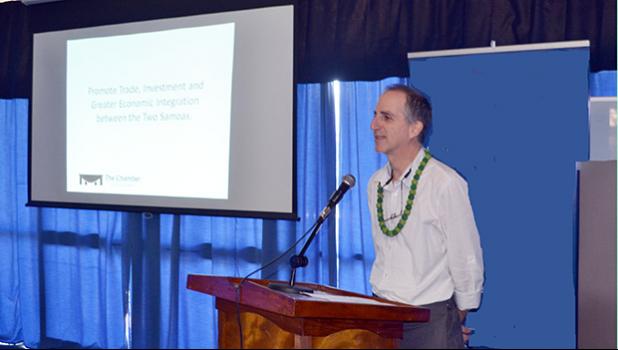 Pago Pago, AMERICAN SAMOA — The American Samoa TeleCommunications Authority (ASTCA) has a new “prefix” — the first three numbers of either a landline or cell phone — which is “782” for its cellular phone service, and it was introduced last month, as the ASG-owned telecom provider launched a new mobile network, according to ASTCA chief executive officer Lewis J. Wolman.

Samoa News learned of the new prefix late last week when a staffer purchased an ASTCA phone and was assigned a cell phone number starting with “782”.

Over the weekend, cashiers at two stores — which are ASTCA vendors, selling prepaid minutes for ASTCA cell phones — questioned the Samoa News staffer on the accuracy of the prefix. When informed that it was the right numbers, the cashiers were surprised and logged it down.

“The new 782 prefix allows for planned growth and is also important to our partnership with AT&T to make ASTCA part of the FirstNet national emergency responders network,” said Wolman, who told a cabinet meeting three months ago that ASTCA will be a part of FirstNet and its LTE mobile network will work everywhere in the territory.

Wolman told Samoa News yesterday that it “takes a lot of time and planning to introduce a new prefix, which is regulated and administered by national and international bodies. ASTCA received approval for 782 last year.”

The national regulator Wolman is referring to is the North American Numbering Plan (NANP) — which is the numbering plan for the Public Switch Telephone Network for Canada, the US and its territories, and some Caribbean countries. [website: www.nationalnanpa.com]

Wolman shared that all of ASTCA’s prefixes — not just 782 — can be used on the new LTE mobile network. “Existing customers can ‘port’ their existing ASTCA mobile phone numbers to the new LTE network when they buy one of the new LTE phones we sell in the stores,” he explained.  “LTE phones use SIM cards, but we are not yet ready to allow people to bring their own iPhones and Samsung phones on to the ASTCA LTE network. We hope to announce dates for that soon.”

ASTCA is now selling LTE phones in its two stores, and assigning 782 numbers or porting over existing numbers, “and customers are enjoying the new LTE network which provides more coverage and excellent mobile data with more affordable pricing,” Wolman said.

He added that currently, ASTCA is operating two mobile networks: the new LTE network and the older CDMA (Code-Division Multiple Access) network, which does not support fast mobile data or other advanced features.

“We are no longer selling CDMA phones, and some time in 2020, we will announce plans to discontinue the CDMA network, but that is still a long way off today,” he concluded.