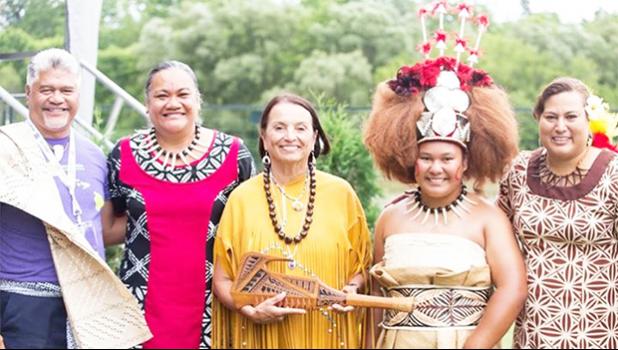 Le Fetuao SLC was selected from among thousands of presentation requests to share the unique implementation of incorporating technology in teaching the Samoan language at the Aoga Samoa in Hawaii.

Close to 4,000 participants from all over the world attended the conference this year. WIPCE takes place every three years.  In 2020 it will be held in Adelaide, Australia.

WIPCE's Conference theme was about resilience and was hosted this year by Six Nations Polytechnic of Canada and Tap Resources.  The conference developed a space for sharing and networking between Indigenous community members from all over the world.

Trinity Naunautaiga Malepeai Silbanuz with her Samoan traditional wear amazed many conference goers during the opening ceremony.  Some are not familiar with Samoa and where it’s located.  For others it was their first time seeing a Samoan taupou. It was quite an amazing sight to see the various Indigenous community members dressed up in traditional wear representing their respective countries.

Le Fetuao presented to the hosts, a Samoan war club representing strength and commitment of the Samoan community as warriors protecting our Samoan language and culture for future generations. Le Fetuao hopes and dreams that in the future, WIPCE will be held on one of our beautiful islands in Samoa.