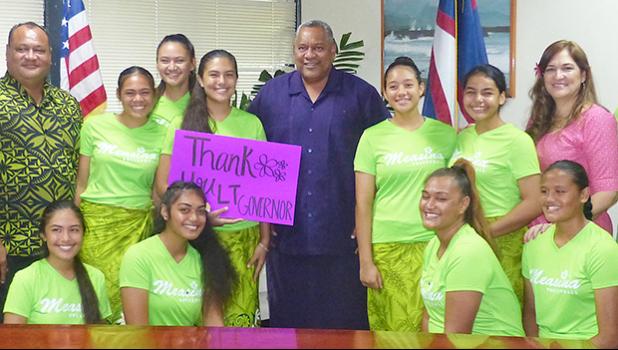 Acting Governor Lemanu Palepoi Sialega Mauga, surrounded by members of the “Measina” American Samoa volleyball team and supporters that are traveling to Hawai’i next week with their coaches, to participate in the Aloha Summer Classic, scheduled for June 14th and 20th as well as the JPS tournament on June 19th and 20th.  The group visited the Governor’s Office yesterday to show their appreciation for the government paying for their travel and lodging accommodations in Honolulu. [photo: Leua Aiono Frost]