Are you in favor of ASG opening our boarders from time to time to render assistance to people in distress? For example like the fisherman with the hook embedded in his arm or the American citizens stranded in Samoa.
Yes
50%
No
50%
Total votes: 38
Home 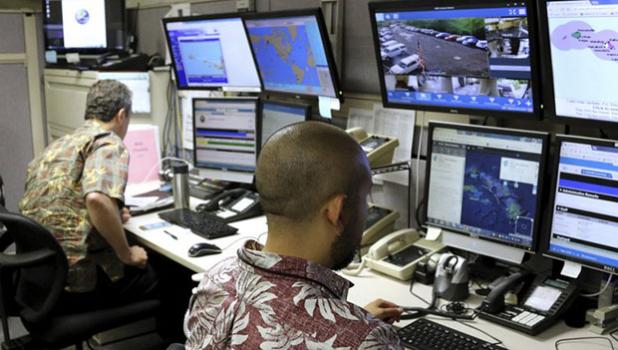 HONOLULU (AP) — Hawaii’s emergency management leader has resigned and a state employee who sent an alert falsely warning of an incoming ballistic missile has been fired, officials said Tuesday, weeks after the mistake caused widespread panic.

The fallout came the same day the Federal Communications Commission revealed that the worker who pushed out the alert thought an actual attack was imminent. It was the first indication the Jan. 13 alert was purposely sent, adding another level of confusion to the misstep that left residents and tourists believing their lives were about to end.

The state emergency agency worker believed the attack was real because of a mistake in how the drill was initiated during a shift change, the FCC said in a report. The worker said he didn’t hear the word “exercise” repeated six times even though others clearly heard it.

There was no requirement to double-check with a colleague or get a supervisor’s approval before sending the blast to cellphones, TV and radio stations statewide, the agency said.

“There were no procedures in place to prevent a single person from mistakenly sending a missile alert” in Hawaii, said James Wiley, a cybersecurity and communications reliability staffer at the FCC.

The worker, who was fired Friday and whose name has not been revealed, has confused real-life events and drills in the past, the state said in a report. His poor performance has been documented for years, and other members of the team say they were not comfortable working with him in any role.

Once the employee sent the false alert, he was directed to send a cancel message but instead “just sat there and didn’t respond,” according to the state’s report on its internal investigation. Later, another employee took over the computer and sent the correction because the worker “seemed confused.”

Compounding the issues was that the agency lacked any preparation in how to correct the false alert. The federal agency, which regulates the nation’s airwaves and sets standards for such emergency alerts, criticized the state’s delay in correcting it.

In addition, software at Hawaii’s emergency agency used the same prompts for both test and actual alerts, and it generally used prepared text that made it easy for a staffer to click through the alerting process without focusing enough on the text of the warning that would be sent.

The FCC said the state Emergency Management Agency has already taken steps to try to avoid a repeat of the false alert, requiring more supervision of drills and alert and test-alert transmissions. It has created a correction template for false alerts and has stopped ballistic missile defense drills until its own investigation is done.