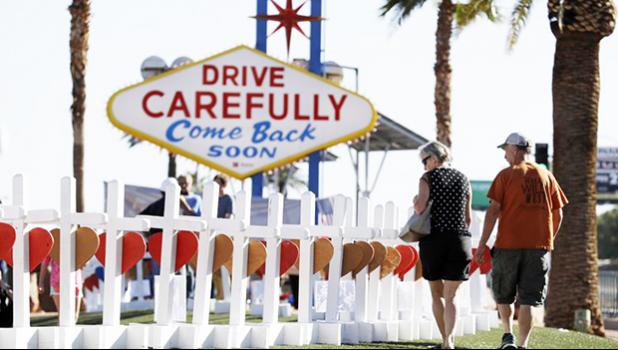 THE FACTS: Despite headlines floated by numerous websites, authorities have revealed no links between Las Vegas shooter Stephen Paddock and the antifa movement that was spotlighted after a deadly white supremacist rally in Charlottesville, Virginia. Some articles include fabricated screen grabs of tweets attributed to President Donald Trump outing Paddock as a member of antifa — far-left militant groups that resist neo-Nazis and white supremacists. InfoWars, the website of right-wing conspiracy theorist and radio host Alex Jones, claimed in a story that an anonymous FBI source told the outlet antifa literature was found in Paddock’s room. No such material can be seen in photos of the suite, and the FBI has given no indication that Paddock was connected to any group.

NOT REAL: Gordon Ramsay Has His Entire Staff Take A Knee-Refuses To Serve Miami Dolphins Players

THE FACTS: The restaurant named in this story created by hoax site The Last Line of Defense doesn’t even exist. The story claims four Dolphins players were denied service at Ramsay’s gastropub in New York City’s SoHo neighborhood with Ramsay calling them disrespectful. Ramsay’s spokeswoman tells The Associated Press the chef has no gastropub in SoHo and the story is “nonsense.”

THE FACTS: A flickering light coming from a floor below Las Vegas Stephen Paddock’s room helped spawn dozens of reports, many on conspiracy-themed sites, that gunshots were fired from two locations at the Mandalay Bay resort. Authorities said quickly after Paddock was found dead that there were no other shooters. Several videos of the flickering light show it coming from the fourth floor before the gunfire began on the 32nd floor. An Australian man who said he was in a room next to Paddock also added to the reports with a Facebook post that “multiple shooters” were at the scene. Brian Hodge retracted the account a day later.

NOT REAL: This man posed proudly with the bear he shot while it was hibernating

THE FACTS: The article centers on a new federal law that removes protections for hibernating bears. However, a photo showing a smiling man holding up the paw of a dead bear in a snowy location is completely unrelated to the law. The picture was taken at Alaska’s Becharof National Wildlife Refuge. The refuge’s Facebook page shared the picture last year, saying the bear was legally taken during the refuge’s spring hunt in 2014. At the time, it would have been illegal to kill a hibernating bear.

THE FACTS: This offer is too good to be true, despite several Facebook posts that have been circulating in recent weeks. The posts take users to a website that prompts them to take a survey and share the post on Facebook in order to receive a coupon. Pizza Hut responded to a similar “anniversary” scam on its own Facebook page last year. The company said the coupon offer was fraudulent and that any legitimate deal would be found on its website or social media pages. Also, it’s not Pizza Hut’s 58th anniversary. The chain turned 59 back in June.