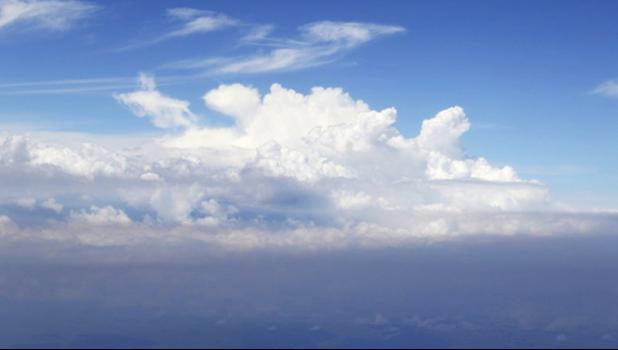 Hawaii’s Kilauea volcano exploded a tall, steely gray column of ash into the sky Thursday, just as scientists warned eight days ago. Experts say the explosive ballistic displays could continue for weeks, and they don’t know when it’s going to stop.

“There’s so many variables. It’s complicated, like a bad Facebook relationship status,” said volcanologist Janine Krippner of Concord University in West Virginia. “Something will eventually change like it has over and over and over again.”

In 1924, when similar conditions occurred at Kilauea on the Big Island, there were more than 50 distinct explosions like the one Thursday over a period of more than two weeks, she said.

If explosions become more energetic, there could be boulders that fall up to 1 mile (2 kilometers) away or pea-sized fragments as far as 4 miles (6 kilometers) away, U.S. Geological Survey scientist Steve Brantley said.

Kilauea, one of the world’s most active volcanoes, has been erupting continuously since 1983.

While scientists understand the mechanics about what’s causing the latest outbursts, they have no idea why after 35 years of one type of simmering, Kilauea volcano is now going nuts in two different ways: lava flowed out of cracks east of the summit and a powerful steam-driven eruption sent ash 30,000 feet (9,144 meters) into the sky.

“It would be anybody’s guess why it changed behavior in the last few weeks as it dramatically did,” said volcanologist Erik Klemetti of Denison University in Ohio.

Before Thursday’s eruption, the lava lake at the volcano’s summit crater dropped steadily as lava oozed out from cracks elsewhere on the volcano.

As the lava level shrank, “there is nothing holding those walls up,” Krippner said. “Now, rock falls can occur.”

Those rocks then clog the base of the volcano. Water that is flash-heated into steam builds up below and eventually — kablooey!

“We’re beginning to see the cycle of clogging and pressure building and then the blast,” Klemetti said. “They are probably being blasted out at hundreds of miles (kilometers) per hour.”

Residents on the east side of the island “should be ready for this unsettling behavior for the near future and see how it goes,” he said.

Thursday’s blast may be near upper limits of this type of steam explosion, Klemetti said.