Spotlight on the American Samoa Council on Arts, Culture and the Humanities 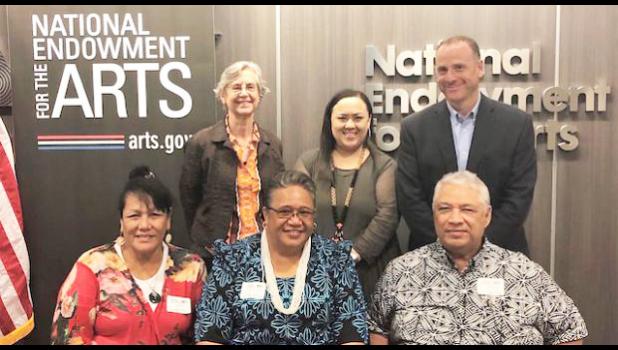 Source: National Endowment for the Arts

Washington, D.C. — You may already know that the National Endowment for the Arts supports the 50 state arts agencies, but did you know the agency also supports the work of the arts agencies in U.S. jurisdictions, such as Washington, DC, and Puerto Rico, but also the U.S. Virgin Islands, Guam, and American Samoa? Like its sister arts agencies across the U.S., the American Samoa Council on Arts, Culture, and the Humanities (ASCACH) has its own unique take on the arts, developed in response to the needs of its community.

Serving a population of roughly 56,000 spread across five islands, the council’s programs focus primarily on preserving the traditional arts of Samoa through both arts education grants and the presentation of its own cultural programs. We spoke with ASCACH Executive Director Mary Lauagaia M. Taufete'e and Deputy Director Matina Purcell to get a better understanding of the council’s work.

NEA: What’s the history and mission of the American Samoa Council on Arts, Culture, and the Humanities?

MATINA PURCELL: [The council] was established in 1972, through executive order from the governor. We have a mission to encourage and maintain the traditional arts of American Samoa and the Samoan people, and also to expand access to non-traditional arts.

NEA: Why do you think that it’s important to preserve Samoan traditional art forms?

DR. MARY TAUFETE'E : For any Samoan, to go off island, wherever he goes or she goes, they take three things with them: they take their culture with them; they take their language; and they take who they are to remember that they are from Samoa. Everything we do is arts. It reminds us of how important the culture is.

NEA: What do you most want people to know about arts and culture in American Samoa?

TAUFETE'E: We're here to try and preserve our culture—the language and the arts. We don't want to be like other countries that have lost their culture and their language so we've got to keep them intact. We've got to keep the communication open with [our community], keep sharing the arts with them. We want people, especially our children, to learn, "This is how you do this, this how you do this, and this is how you do this." [We want to] tell them, "These are the very important facts of our life. As a Samoan, these are the important values for us."

Read more at National Endowment for the Arts website