Warrior Nation is one victory away from claiming this year’s Varsity Championship, with no playoffs, no Championship game 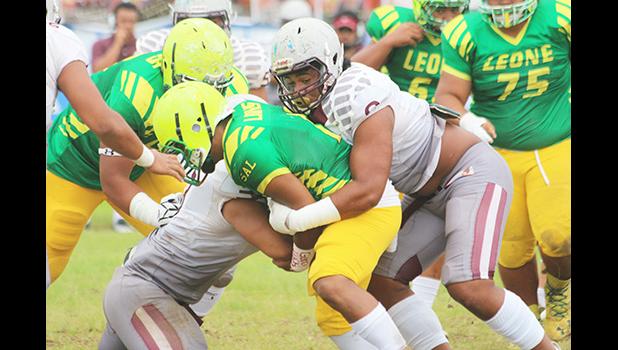 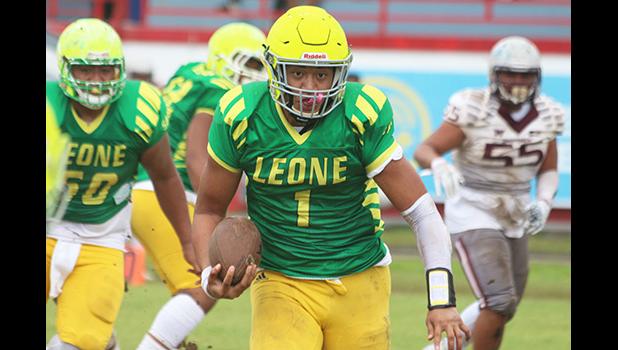 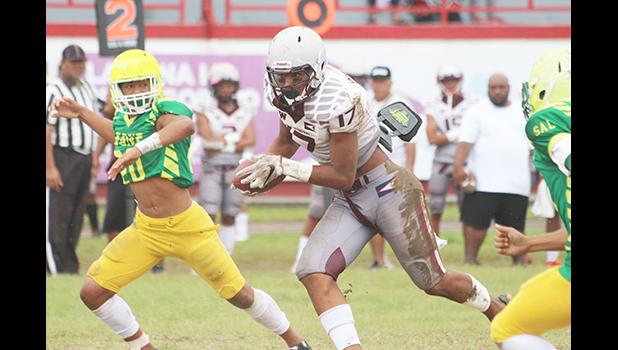 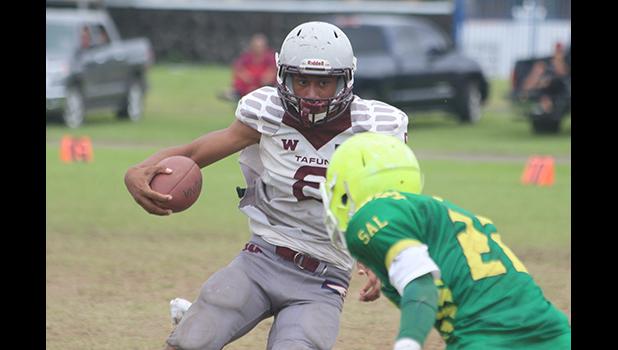 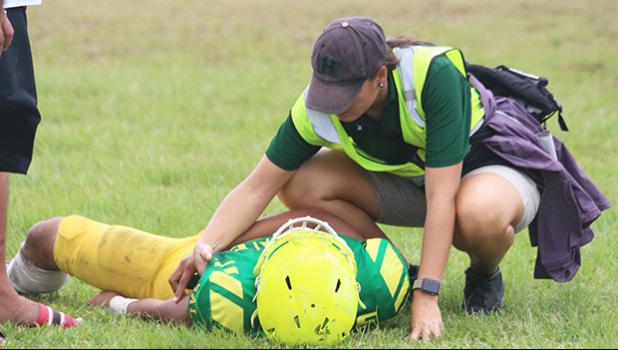 Pago Pago, AMERICAN SAMOA — The hope of the Lions and those who support them to bring down the No.1 seed in the league was crushed by the Warriors without hesitation last Saturday morning after they defeated Leone High School in a dominating second half 40 - 20 victory.

While, for the defending champs, the Blue Empire just might’ve seen their last game of the season last Thursday evening against the Wildcats, where Nu’uuli nearly gave the Sharks a heart attack in their Senior Class game with a heart stopping defensive effort by the Wildcats.

As of now, the hopes of there being a playoff for a championship game lays within the hands of Head Coach Sua’ese Pooch Ta’ase and his Faga’itua Vikings — ‘if’ they can bring down the Warriors this Saturday.

But, Head Coach Kevin Magalei and the Warrior Nation are looking to put this year’s football season away for good with just one more victory to winning the Championship title, and they have to do it against the Big Red Machine.

The opening half of the Warriors and Lions west side affair wasn’t an easy one for Tafuna, as Leone’s Fa’alili Fa’amoe and the Lions defense brought the heat to challenge the undefeated Warriors in a stand-off.

Tafuna started slow and steady with their running game, utilizing Panapa Filoiali’i and Ben Tuimaseve to move the chains downfield – 4:37 in the first quarter and the Warriors had already breached the red zone. Tafuna’s third and goal from the seven-yard line and Francisco Mauigoa broke through the middle to score the first touchdown of the game on a quarterback keeper.

Leone answered back with an explosive running game behind the ‘Beast Mode’ Fagaloa Faimalo who carried the Lions inside the red zone — Leone’s first down at the 14-yard line, and Fagaloa Faimalo broke two tackles to crossing the goal line for the Lions’ first TD of the game to tie things up at six a piece with just 1:21 remaining in the opening quarter of play.

With a strong defensive hold by the Lions, Tafuna was finally able to answer back late in the first half – 1:31 remaining in the second quarter and the Warriors first down from their own 45-yard line, and Mauigoa dropped back to fire a long pass to Herman Sufia, who hauled in the pass at the sidelines and stormed his way to the end zone to score Tafuna’s second TD of the game. Their two-point conversion was a quick slant pass to Sufia again to secure their 14 - 6 lead into the half.

Irvinson Ta’ase led the Lions to open the second half of the match in an uncontested drive, a powerful running game led by Ta’ase, who would now open things up with his running abilities, gave Tafuna’s defense a challenge.

7:56 into the third quarter and Leone’s Ta’ase lured the Warriors into a trap he’d been setting up in the running game. Leone’s third and goal from the six-yard line, and instead of running it, Ta’ase rolled out with the play action pass to find Ben Tikeri in the end zone for Leone’s second TD of the game.

Warriors answered within a blink of an eye. After recovering the kick off, Tafuna’s first down from their own 45-yard line and Mauigoa looked far to fire a long pass to Pulenu’u Fono for Tafuna’s third TD of the game just-like-that.

They didn’t stop there, 1:31 remaining in the third quarter and Tafuna’s threatening third down from the 7-yard line, Mauigoa rolled out with the play action pass to find Ben Tuimaseve on a fade route to score the Warriors fourth TD of the game, as they now extended their lead 26 - 12.

Lions’ Ta’ase responded —setting an example for his team that he wanted to win – 7:23 into the final quarter of the match and the Lions first down from the 15-yard line saw him breaking loose from the line of scrimmage to take this one to the house for Leone’s third TD of the game.

Leone’s two-point attempt saw them adjust to a special play that had the center lateraling the ball to Faimalo, who had the whole offensive line in front of him at the sidelines to score two more points for Leone as they inched back to trail the Warriors 26 - 20.

It was at this point that the Warriors knew that the Lions were in it to win and started putting a distance on their lead – 3:14 in the final quarter of play and Tafuna’s second down from the 19-yard line saw Mauigoa stepping up to the pocket to thread a pass to Frank Mulipola to score another Tafuna TD for a 34 - 20 lead, after the two- point attempt by Mauigoa.

Tafuna didn’t stop there, emphasizing that they’re the No.1 seed in the league and cannot be stopped, Tafuna decided to put the final nail in the coffin with one more end zone appearance – 39 seconds remaining in the ball game and the Warriors first down from the 20-yard line and Mauigoa sat in the pocket to find Fa’afetai Misa trailing down the sidelines and hooked up for the final TD of the game as Misa hauled in the pass at the sidelines en-route to the end zone to put this game away for good with a 40 - 20 victory.

The Wildcats definitely gave Samoana a run for their money in their Senior game, as the Wildcats came out to try and give the Blue Empire of taste of defeat from their last win against the Vikings two weeks ago.

Even though it was a tough first half, the Senior wide receiver from Samoana High School Zephanaiah Pati wasn’t having it, as he cracked the egg by scoring Samoana’s first and only touchdown in the opening half of play to put the Sharks ahead by six points through the first two quarters of the match.

Nu’uuli came back in the second half of the game without their starting quarterback Jerry Isaako who had to be taken to the LBJ Hospital after a shoulder injury in the first half of the game, which gave the Wildcats offense a bit more of a challenge with their back-up quarterback Sefo Falaniko — Nevertheless, Falaniko overcame his adversities and stepped up to the plate to help Nu’uuli to their first six points of the game to trail the Blue Empire 8 – 6.

Opening up the final quarter of play was a long pass from Feala to Kobe Lefiti to score Samoana’s second TD of the game.

Nu’uuli continued to encounter problems from there – Wildcats fourth and long deep inside their own territory and the Nu’uuli formed up in punting formation, but before the snap, Nu’uuli called in a late substitution, causing the punter, Taufui’ava to look towards the sidelines, as the snap came and went over his head, luckily Taufui’ava recovered, unfortunately he spotted that ball at their own 2-yard line for a Samoana first down.

From there, Feala and company stuck with a quarterback keeper to score Samoana’s third TD of the game. Their two-point conversion was a hand off to Mahonri Lotulelei as he crossed the goal line to put this game away with a 22 - 6 victory.