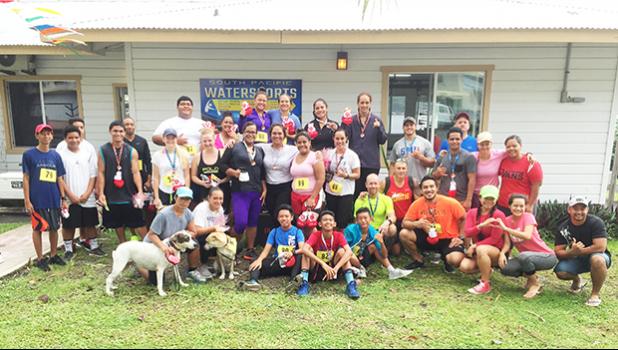 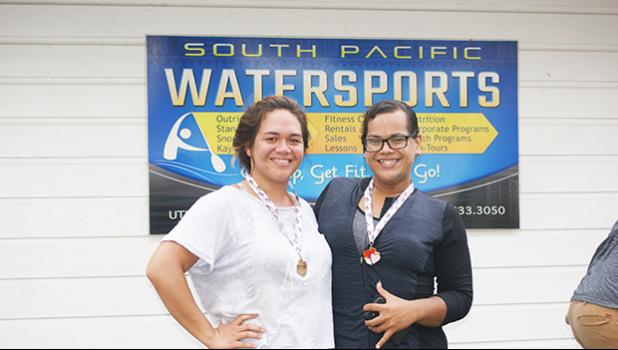 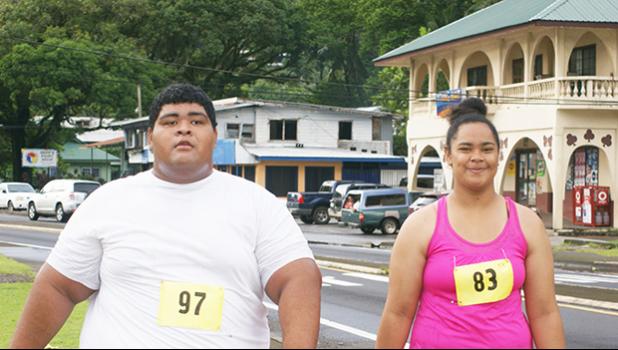 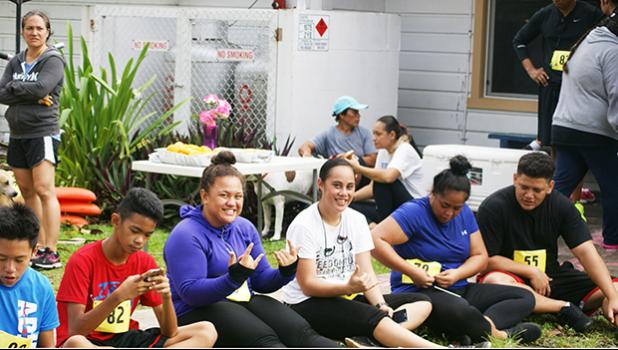 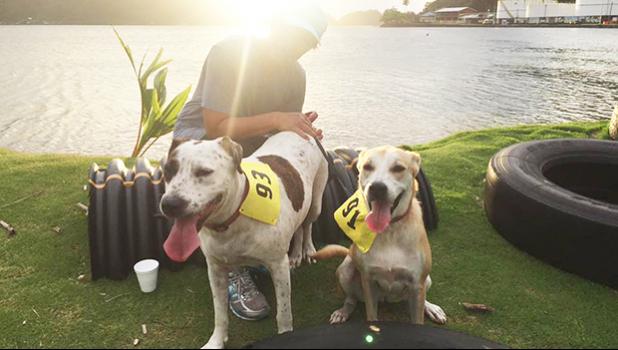 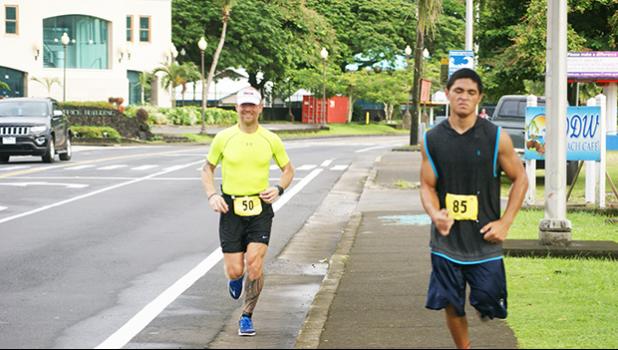 Valentine's Day is known for hearty dinners and sweets, but with proper planning, this chocolate-filled holiday doesn't have to derail your New Year's resolutions.   Whether you run, jog or walk alongside your significant other or a group of friends, these themed races provide a great mix of fun and exercise, allowing everyone to indulge guilt-free after they cross the finish line.

The 5k and 14k run is a long-distance road running competition over a distance of five and fourteen kilometers (3.1 and more miles).

With the stormy weather early morning last Saturday it did not stop these “Heart N Sole” fun runners from participating in the 5k and 14k run at 5a.m.

South Pacific Watersports Fitness (SPW) goal of this race was to promote heart health, and of course to bring awareness to non-communicable diseases and other health problems brought on by obesity. There were over 20 individuals from ages 10 years old to 65 years old who participated, including veteran runners and many first timers and even 4-legged friends!

“This is my first time and even though I was walking the whole way but it felt so good. I would do this again,” said an 18-year-old ASCC student to Samoa News.

The 14k run started at 5:30am from the SPW to Nuuuli, back to Pago, and then to the finish line at SPW. There were participants (with their partners) who did the relay to run half of the 14k and only two individuals ran the whole 14k — Richard Birgander and Poe Hisitake.

Eden Brown of Tafuna who partnered with Mikayla Saelua of Leone did it for the first time on-island and placed 3rd in the 14k relay. “This run was a challenge but I loved it and enjoyed it. I will be signing up with SPW to continue to stay fit,” she said.

Paula and Michael McDonald with their helpers Terry, Tilali, and Sene continued to cheer these runners on at every stop. Paula, who is the co-owner of SPW, said during the award ceremony at the end, “We are so proud of you all for doing this, it’s a challenge but it’s rewarding at the end.”

SPW will be hosting their next run in April 8th for the Flag Day Half Marathon & 5k/10k run and invites all those who would like to participate to register or call SPW at 633-3050.