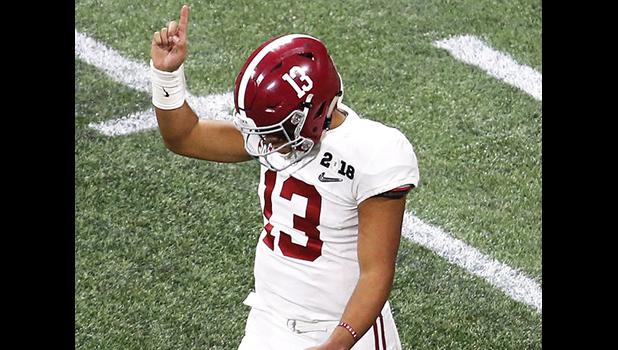 There's a new favorite to win the 2018 Heisman Trophy.

Alabama quarterback Tua Tagovailoa now owns the best odds to win the award, according to the Westgate Las Vegas Superbook. The sophomore's current odds sit at 4-1.

Tagovailoa takes the mantle from Stanford running back Bryce Love, who was the favorite for oddsmakers as of June 8 with 5-1 odds.

The update comes despite the fact Tagovailoa hasn't been named Alabama's starter for the 2018 season yet, though he's considered the favorite to wrestle the role away from Jalen Hurts.