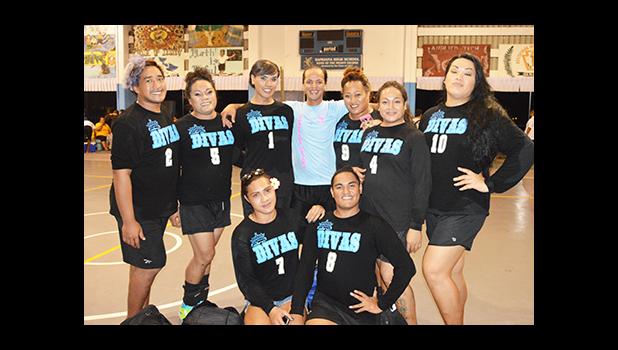 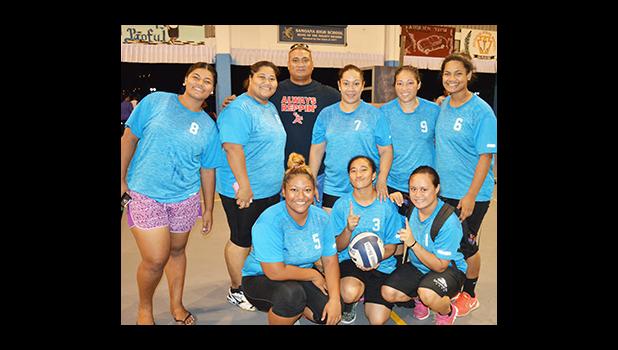 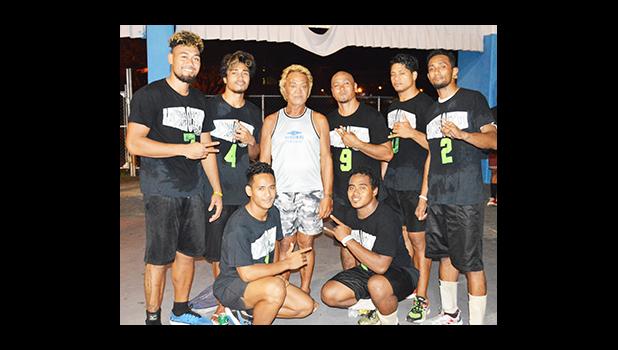 The Mosooi championships were played before a full house crowd that packed the Samoana gymnasium.

President of ASVA Savaliga Afu thanked all the participating teams from American Samoa and Samoa for taking part in this year’s Mosooi volleyball tournament.

MEN’S 19 AND UNDER DIVISION:

The local team Laumuatasi held the best record and was crowned the champions for the Men’s 19 and Under Division, with Matuu Moetoto Toeaso who was named the MVP of the tournament. The 1st Runner-Up was the Annex Boys team.

When asked by Samoa News, Moetoto said that before they played each game, he encouraged his team to play from their hearts and do what ever they knew to do to win the match.

After struggling in the second set of the 3-set championship match, the local BTI volleyball team was able to regroup and come back to win their first Mosooi International Volleyball Championship title, against the powerful side from the local Pava’ia’i Methodist Youth volleyball; score 2-1.

A large Pava’ia’I support group in the crowd boosted their team to win the first half of the final set 11-8, which caused the BTI team to call their first Time-Out for the final set, which came back to respond to the challenge and won the final set of their championship match to win the title.

“I’m out of words, I’m just excited and grateful when our team won the title tonight, it’s a feeling of joy and happiness and I know our families and friends are all happy with the outcome of the match,” said one of the senior player of the BTI volleyball team to Samoa News.

When asked about their preparation for this year’s Mosooi International Volleyball Champions, the senior player of the team said that it was not a easy tournament, but she saluted their Coach and the whole team for a job well done.

“I know it’s not an easy task for us to come all in the beginning of the tournament to win the title tonight.

Silomiga Suiaunoa of the BTI volleyball team was name as the MVP for the Women’s Division.

After a great performance throughout the whole tournament, the Island Divas won the Queen’s Division Title after defeating the East Side Chicks 2-1. The title match between the two local teams caused the crowd to come to their feet cheering when both teams showed all they had throughout the whole match.

The East Side Chicks looked good during the opening half of the final set, but the Island Divas team was too strong and was able to dominate the final half of the last set of the match to win the title.

“There were a lot of mistakes that we tried to correct from the first two sets of the match, but I thanked my team for sticking to our game plan throughout the whole match. It was a tough match but I thanked the team for working together, listening to all the calls and playing together as a team to win this title,” said one of those senior players of the team.

Valentana Faumuina from the Island Divas team was name the MVP for the Queen’s Division.

The Annex Boys fired up in the opening minutes of the first set, dominating the match with a great performance, but Laumua o Tumua used their experience to win the first set of the match 21-18.