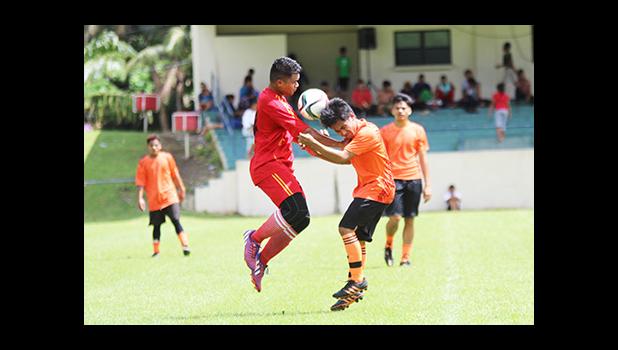 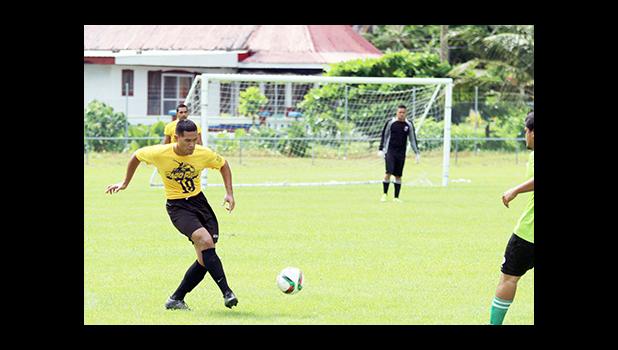 In the only other game it was Tafuna Jets 0, Vaiala Tongan 0 while in the Bottom 5 group it was Green Bay 7, PanSa 1 and Black Roses 1, Royal Puma 1. Utulei Youth (Top 5) and Ilaoa & To’omata (Bottom 5) were off with a bye each.

In the Bottom 5 games, Green Bay came out to a strong start with Ilaoa & To’omata idle.

It was a totally different game from when these two teams met, with Pago Youth scoring the game-winner in the last five minutes for a 2-1 score.

This time, it was all Pago as they dominated possession of the ball for most of the match. In the first half it looked to be a repeat of the first game, but Pago eventually wore down Lion Heart with Rambo Tapui scoring his team’s first goal.

In the second, substitute Fish Rocha came on and scored two goals in a span of 10 minutes to put the game out of reach, and take command of the Top 5 group that will determine the 2016 FFAS National League champions.

In their first game on August 27, the Tafuna Jets won 2-1. This time around, Vaiala Tongan played stout defense in keeping the Jets away from the back of the net.

With Sione Moeaki anchoring the second to last line of defense, and brother Takai Pouli shoring up the middle, Vaiala Tongan were able to hold on for the draw.

On Saturday, Nov. 5, the Jets are idle while Lion Heart takes on Utulei Youth and Pago Youth faces off against Vaiala Tongan.

Green Bay have taken a commanding lead with a 7-1 win over PanSa in the Bottom 5 division.

At the end of the first half it was 4-0, and at the conclusion of the game seven different players had scored for Green Bay – Junior Choi, Aleni Vaieli, Benjamin Tilei, Levini Afono, Captain Lomu, Daniel Latin and Pamata Punefu.

Tesimale Seve scored for Black Roses in the first half, but Willie Malele equalized for Royal Puma in the second in a game that ended in a draw.

This Saturday, Ilaoa & To’omata takes to the field for the first time in the second stage of the competition by facing off against PanSa while Green Bay takes on Black Roses.