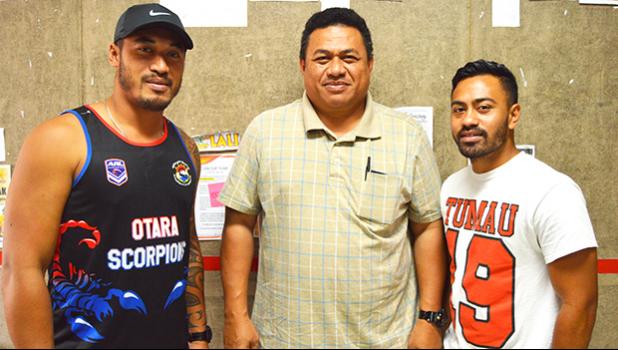 Pago Pago, AMERICAN SAMOA — In an effort to promote health tactics and a new sport, especially for the young people of American Samoa, representatives of the Samoa Tag Football Federation are on island to promote their program and offer a four-day clinic, which starts today.

In an interview with Samoa News, two representatives from Samoa Tag Football explained that the sport is non-contact, and it will help bring people together.

“Most of the sports around the world right now, including Samoa and American Samoa, contain a lot of body contact such as the NFL, Union Rugby, Rugby League, etc. that sometimes causes injuries to players. But tag football is a non-contact sport and it's a good sport to play,” said Joseph Kennan.

According to Max Laiman, it’s easy to learn and it can also be very easy for a player who plays American football and rugby to adjust their form — from their usual game — to tag football.

“It's a good sport for everyone. It can help our people stay healthy and active. At the same time, it is also a good chance for young people, if they are selected to be part of a national team, to go explore the world and build strong relationships with other players around the Pacific nations,” said Kennan.

DYWA deputy director, Va'afusuaga Dr. Roy Ausage acknowledged the effort by the Samoa Tag Football Federation, in traveling to American Samoa out of pocket, to promote this new sport.

He said it was the president of the Samoa Tag Football Federation, Fa'aofonu’u Junior Leota (JP), who spoke to him regarding tag football, and told him that Samoa will help promote and bring the sport here.

Vaafusuaga said DYWA will use tag football as an alternative for existing sports, and it gives local young people an option, of what they want to play.

“I’m not saying that contact sports are not good, but I’m glad this is a non-contact sport, and it will be good for people who do not like contact sports,” Vaafusuaga said.

He said players who have been injured from contact sports could use tag football to develop their skills and keep them fit and healthy.

The traveling team from Samoa will host a four-day clinic starting today until Saturday at the VA field in Tafuna, across from ANZ Bank.