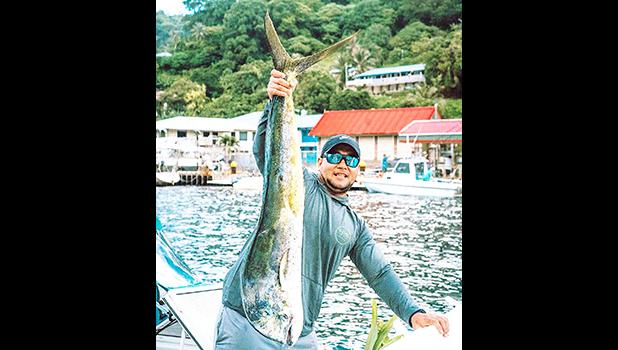 The two-day event, hosted by the National Marine Sanctuary of American Samoa (NMSAS) and co-managed by the Department of Marine & Wildlife Resources (DMWR) took place Friday and Saturday, November 8-9.

According to the NMSAS, the purpose of the tournament was “to increase awareness of allowable and prohibited fishing methods in Sanctuary management areas, and to promote sustainable fishing practices in waters surrounding American Samoa.”

This year, 16 teams/boats registered, and participation included approximately 80 `alia fishermen and recreational anglers. Of the many species that were weighed in, the heaviest was hauled in by Double Hooked. It was a marlin (Makaira mazara) weighing 157.2 pounds.

The special awards ceremony was held November 9th at the Malaloa Marina Dock to present prizes for the 6 fish species categories. Special awards were also handed out for outstanding teamwork and highlighted the first female-owned boat/team, and the youngest participant (See full results below).

Fish proceeds were donated to Hope House at Fatuoaiga, as has been the normal routine since the tournament began.