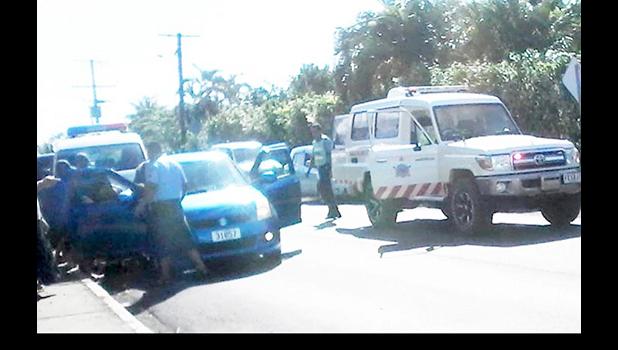 Apia, SAMOA — A woman was attacked at around 3 pm outside of the Vaivase Primary School gate yesterday.

Police were at the scene and an ambulance rushed the woman to the hospital.

Some of the eye witnesses said that the woman who was in a blue car was attacked by four women.

Onlookers who spoke to Newsline Samoa described the attack as ‘disgraceful’ and ‘evil.’

A woman who came to collect her children from school told Newsline that the woman was attacked in front of her kids.

“The lady came to pick up her children from school and four women from another vehicle came and attacked her in her vehicle.

She was beaten very badly and was bleeding. This is a very disgraceful act by these women,” an eye witness told Newsline.

Another onlooker said it looked like it was a premeditated attack.

“The car with the four female attackers was here long before the victim’s car arrived.