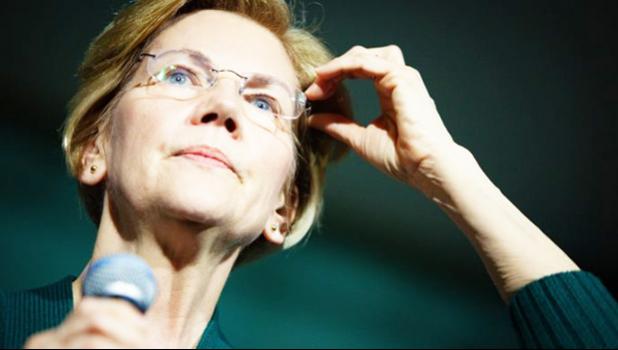 Washington, D.C. — US presidential hopeful Elizabeth Warren has just made commercial fishing a higher profile issue in the 2020 race for the White House, introducing a “Blue New Deal” that includes several proposed changes that commercial fish harvesters and wholesalers will love and a few others they'll hate.

The Massachusetts senator, who polls have shown running first, second or third in a thus-far tight Democratic primary contest, is known for having a plan for everything. The plan she introduced at 9 a.m. on Tuesday aims to “rebuild our blue economy, protect and restore ocean habitat”.

In particular, if elected, Warren said she would direct the National Oceanic and Atmospheric Administration’s (NOAA’s) National Marine Fisheries Service to -- using its authority under the Magnuson Stevens Fishery Conservation and Management Act -- “issue new guidance and regulations to better prepare fishing industries and communities for the impacts of climate change”.

“Threats like warming oceans and overfishing have caused the ocean’s fish population to fall by 50% over the last 50 years, leading to cascading ecological consequences, hurting regional and local economies, and risking hunger and even conflict,” she said. “Fully rebuilding America’s fish stocks would support an additional 500,000 jobs and generate an addition $31 billion in sales impacts, providing a much-needed economic boost to coastal communities who have been hit hard by climate change.”

Warren wants to spend $5bn over 10 years to expand the US Department of Agriculture’s (USDA's) Local Agriculture Market Program, funding food hubs, distribution centers and points of sale. The funds, she said, would help build processing plants in the US and reduce the amount of fish – one in four -- the US sends to Asia for processing.