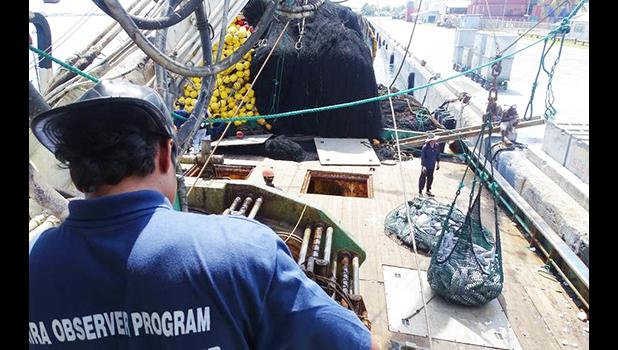 Glasgow, SCOTLAND — The COP26 climate talks have heard that the Pacific Island region will need to contend with the loss of Pacific tuna stocks which are under threat from climate change.

The abundance and distribution of the four economically important tuna in the western and central Pacific — subtropical albacore tuna, tropical bigeye, skipjack and yellowfin — are predicted to change as oceans become warmer with climate change.

A warning delivered at an event on the sidelines of the global climate talks in Glasgow projected that if ocean warming continues at the current rates, tuna catches in the combined waters of ten Pacific islands are expected to decline by an average of 20 percent by 2050.

This will have a huge impact on the "tuna-dependent" islands of the Federated States of Micronesia, Cook Islands, Kiribati, Nauru, Palau, Papua New Guinea, the Marshall Islands, Solomon Islands, Tokelau and Tuvalu.

The Marshall Islands' Minister of Health and Human Services, Bruce Billimon said he cannot imagine trying to displace the tuna from the people of his country.

"That's our livelihoods and our culture," he explained.

"Tuna moving away from us affects the security of my country," Billimon said.

"It will affect our livelihoods, our education, our environment - it's a key source of revenue that sustains and contributes to the development and progress of my society and country."

Estimates suggest annual losses of an average US$90-million in fishing fees and reductions in government revenue in all ten Pacific Islands by up to 13 percent per year by 2050.

These tuna losses are likely to have serious consequences for governments and Pacific people, who depend on tuna revenue to support livelihoods and vital programs in key sectors such as education and health.

The losses are also expected to reduce the financial flexibility needed to assist communities to adapt to climate change.

There's a growing consensus that stronger climate ambitions are required to help address the serious consequences that tuna losses due to climate change will have for governments and Pacific people.

New Zealand's Climate Change Ambassador, Kay Harrison, said it was about working together to address the concerns in the Pacific.

"Its not about this is my patch and that is your patch, and the brilliant thing about the Pacific is it is an example to others - the way the region is working together in fisheries.

"The Pacific Nauru Agreement has shown the power of Pacific leadership in developing economic benefits of fisheries.

"Tuna fisheries makes up 84 percent of the government revenue in Tokelau, this climate change impact will be devastating for Tokelau.

"It's the mitigation of climate change that we need to be stressing to everyone that is here in Glasgow - 1.5 (degrees). We need 1.5," Harrison said, referring to the Paris Climate Agreement goal of restricting global temperature increase to within 1.5 degrees.

The Pacific is the only oceanic fishery with stocks at sustainable levels, a resource that is successfully managed.

At COP26, the Pacific is calling upon the world to 'Flex for 1.5' - to help save the island region.

"The Pacific means peaceful, calm, and ironically the Pacific is one of the regions first impacted by sea level rise, and if there is no peace then you can imagine what will be," Billimon reflected.

"As a global community we see everyone as one. We must fight the challenge of climate change as one. Working together as one we can overcome this challenge. This is what we have."

Billimon is a Pacific Climate Champion at COP26 for climate ambition.