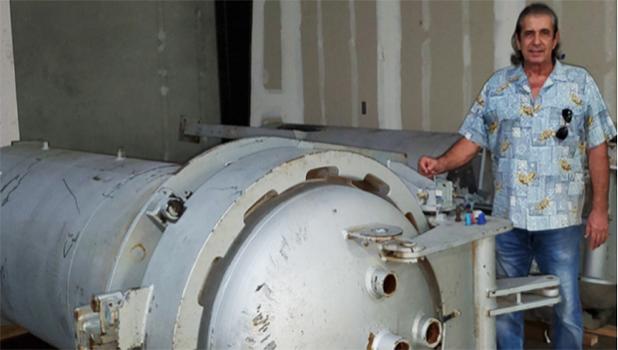 Papalii Dr. Tusi Avegalio, Director of the University of Hawaii PBCP, was informed in early August that National winners would be announced and featured October 1 at the UEDA national meeting in Reno, Nevada.  PBCP had also won the 2014 Award of Excellence for its ‘Pacific Regional Breadfruit Initiative’, the only economic development program from the US Island Territories to win at the UEDA national competitions.

“Participation in UEDA’s Awards of Excellence Program has shown that when these unique and innovative initiatives are given a wider audience to share their successes, they spur further engagement and inspire other professionals and institutions to introduce these best practices in their home regions,” said Margo Fliss, chair of the UEDA Awards of Excellence committee.

The Hauula Resilience Model Village is a modular, scalable model that will feature a waste conversion technology designed into a retrofitted freight container for mobility and easy deployment by land, air and sea. The Thermal Energy Conversion of Organic Materials (TCOM) utilizes a unique process to produce high income commercial carbon, soil amendments for agriculture and food production, fuel, atmospherically harvested water and carbon credits. It is designed for island and remote rural communities and can be integrated in their current economic development strategies, especially in the event of a disaster.

The Hau'ula coastal community and several other locations along the North Shore of Oahu, including the Polynesian Cultural Center, are being considered as demonstration pilot and training locations for the mobile TCOM System.  This system was developed and patented by inventor and USMC Vietnam Veteran Michael Lurvey.  (Hau’ula is also the site for the associated breadfruit food security initiative and model regarding the use of 80 acres for breadfruit agroforesty planting of trees). TCOM is designed for ease of use and maintenance by children as young as seven and adults 60 or above in villages and communities with limited access to technology.  In addition to tons of green waste that can persist for months and years particularly from post disaster accumulation, TCOM processes and converts carbon-based waste (tires, plastics, sewage, biomass etc.) into commercially viable by-products with no negative or harmful emissions.

“In today’s economic development environment, it is critically important for higher education institutions to be more engaged in their regional economies as partners with both government and business entities to lessen the impacts of economic disruptions and develop more resilience,” said Tim Hindes, UEDA Executive Director. “These finalists are the very top programs from across North America, generating impactful and sustainable results in the regions in which they are engaged.”

Other innovations of PBCP include the Multi-Purpose Business Incubator (MPBI) project recently inaugurated in Kapolei.  MPBI initiatives include the:

·               Agricultural Incubator currently being organized in collaboration with the Pacific Islands Farmers Organization Network (PIFON) headquartered in Fiji. (As a regional farmers organization PIFON has a membership of 80,000);

·               Collaborations with the Indigenous and International Issues at NOAA Office for Coastal Management and Disaster Preparedness synthesizing traditional climate change wisdom with modern science and technology.

Pilot TCOM demonstrations are anticipated pending customized parts’ timely arrival and installation.  A demonstration is planned at the 2019 Fourth Annual Global Breadfruit Summit hosted by the Polynesian Cultural Center and jointly sponsored by the Marriott Courtyard, Oahu North Shore from October 14th – 17th.  Initial TCOM demonstration sites are being planned for 2020 in Apia, Samoa for the South Pacific Islands and in St. Croix, US Virgin Islands for the Caribbean Islands.