Stopping babies from being abandoned— A big job 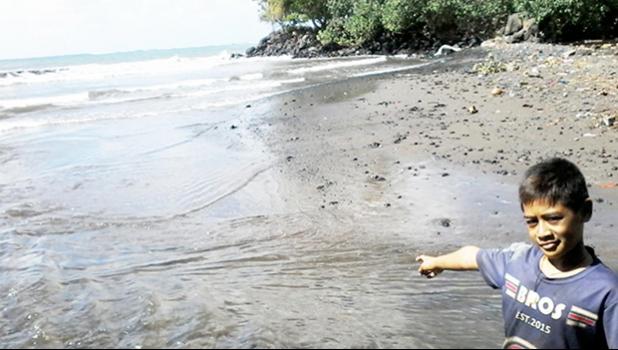 Apia, SAMOA — Babies who are abandoned and left to die is an ongoing tragedy the Prime Minister Tuilaepa Sailele Malielegaoi has accepted as longstanding.

But he was careful at suggesting how to stop it, when the issue was put to him during his weekly media session on national radio yesterday.

The body of a newborn baby girl found at the Mulifanua Wharf last weekend prompted his reaction.

It is the second within two months, after the body of a 6 month old baby washed up onto the Lauli’i village sand beach last month.

“This kind of tragedy did not just happen yesterday, and we should not be quick to judge because we don’t know what went on in the mother’s head,” PM Tuilaepa reacted sternly.

The mother of the baby has not be found but has come under angry public condemnation.

Tuilaepa believed if there is to be any lasting solutions, it should be a collective responsibility for the whole community.

He suggested that forsaken babies is part of a larger problem that is tied into social issues like domestic violence.

Any lasting solutions will require longterm planning from the various community sectors with influence in the community.

“Families, churches, villages, national organisations and the law all have contributing roles to play.”

In a directly related development, the Lauli’i traditional villages leadership of  ‘ali’i ma faipule’ will check on possible new leads in the search for the mother whose baby washed up on the village seafront.

Village ‘pulenu’u’ Fa’alogo Sasauli Moli told Newsline Samoa yesterday that the regular Monday meetings of the council of chiefs and orators will review several reports alleged about the incident.