Starkist-DOJ: Continuing to argue over payment of $100M fine 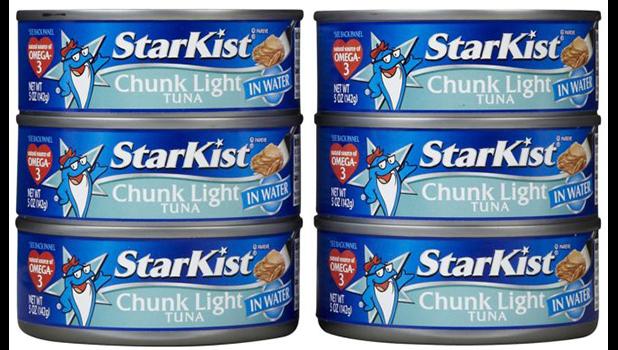 Prosecutors say the fine is the only way to punish Starkist
By
Fili Sagapolutele
fili@samoanews.com

San Francisco, CA — Ongoing legal arguments —outlined in the latest court filing — continue between StarKist Co., and the US Justice Department over whether the cannery should sell a portion of its $154 million interest in Techpack Solution Inc., to pay a $100 million fine for their participation in a conspiracy to fix the price of canned tuna in the U.S.

StarKist has maintained that it cannot pay more than $50 million, and that it cannot sell its shares in Indian packaging technology firm Techpack. Last month prosecutors argued that the $100 million fine is the only way to punish StarKist, whose “ownership of Techpack can and should be accounted for when determining its ability to pay a $100 million criminal fine.”

“StarKist has shown that it cannot sell Techpack. If it could, the proceeds would go to re-pay its loans,” the defendant continues. “And its civil exposure is significant. Critically, StarKist’s current estimated civil liability does not include the potential liability from the recently filed class action litigation against the company relating to the labeling of dolphin safe tuna.”

(As previously reported by Samoa News, some 16 US consumers, on behalf of themselves and all others similarly situated, filed a complaint in May this year at the federal court in San Francisco alleging - among other things - that StarKist and its co-defendants violated the Racketeer Influenced and Corrupt Organizations (RICO) Act and misled consumers that its canned tuna products are “dolphin-safe”.)

“[I]n a worst-case scenario, which StarKist hopes to avoid but is likely, the Company would be unable to pay even a $50 million fine,” StarKist argued. The cannery provided several financial details but they are redacted as approved by the court.

StarKist further argued that even if it could sell Techpack for half of its book value, and the company contends that it cannot sell its shares which is consistent with the market price for a minority stake in a company, StarKist still cannot pay a fine of more than $50 million.

StarKist contends that the USDOJ is asking the Court to “ignore the unrebutted evidence that StarKist has proffered to support its inability-to-pay claims”, and USDOJ “argues that StarKist should pay a $100 million fine because StarKist did not disprove the hypothetical and counterfactual scenarios that USDOJ conjured up in its opposition,” the defendant said, adding that “no matter what evidence StarKist offers, it appears that USDOJ will counter with speculative and unrealistic suggestions of how StarKist might afford to pay much more.”

Starkist says USDOJ does not proffer any new evidence in support of its contentions. Instead, it faults StarKist for not anticipating its hypotheticals and disproving them; and in doing so, USDOJ “is arguing for a different and higher standard of proof.”

“The facts regarding Techpack are clear and uncontested. Techpack is an asset of StarKist, and this fact was explicitly disclosed in StarKist’s audited financial statements, which have been in USDOJ’s possession for more than a year,” defendant argues.

In conclusion, StarKist “has demonstrated beyond a preponderance of the evidence that it cannot pay a fine of over $50 million.”

The company claims that USDOJ’s “far-fetched and unsubstantiated suggestions as to how StarKist could afford a $100 million fine do not defeat StarKist showing.”

StarKist is again asking the court to grant the company’s evidentiary-hearing request and assess the substantial amount of other evidence proffered by StarKist and the government related to each party's inability-to-pay arguments.

Samoa News notes that besides this criminal case, and the dolphin-safe labeling civil case at the federal court in San Francisco, StarKist is also a defendant in a separate class-action lawsuit alleging a price-fixing conspiracy of canned tuna products filed more than three years ago at the federal court in San Diego by several major US retailers and more than 70 individual US consumers across the US.

Co-defendants in this case are Chicken of the Sea and Bumble Bee - the “Big Three” tuna companies.