Samoa’s seasonal workers attracts interest from many sources, including StarKist 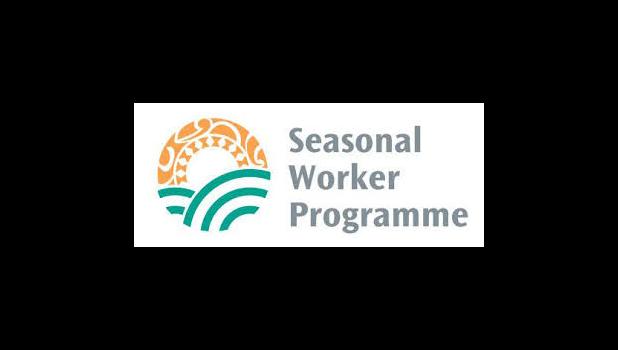 Apia, SAMOA — The biggest single employer in American Samoa, StarKist Samoa’s Cannery should have 200 fish cleaners from Samoa on their payroll in the near future.

The Samoans are hired under the territory’s Guest Workers Program.

The Program is the territory’s identical version to the Seasonal Workers Scheme between Samoa, New Zealand and Australia.

MCIL has signed a Memorandum of Understanding with StarKist Samoa in April and cannery officials from American Samoa conducted interviews with local applicants in May to select the 200 guest workers needed by the fish processors.

JAPAN IN TALKS WITH SAMOA GOVT

The Government of Japan is in preliminary talks with Government to explore the possible recruitment of seasonal workers from Samoa.

To that effect, the Cabinet Development Committee, (CDC) was informed this week by Chief Executive of the Ministry of Commerce, Industry and Labour, (MCIL) Pulotu Lyndon Chu Ling that negotiations are in the infant stages.

In March this year, Japan’s Embassy in Samoa completed a survey to determine the practicability to widen the scope of foreign workers from Samoa.

And the Embassy reached out to MCIL to instigate the possibility under the labour mobility scheme.

From the preliminary talks, Japan is interested to hire local seasonal workers in a number of sectors which include;

As of today, 2,467 Samoans are earning decent incomes to support their families as Seasonal Workers in New Zealand and Australia.

The NZ Recognized Seasonal Workers (aka RSE) accounts for the majority of the temporary employment opportunities with 1,878 Samoans working in Aoteroa.

Mr. Apple NZ Limited is the biggest employer for Samoans accounting for 20% of the recruitment numbers, reaffirms a report prepared by the implementing agency, the Ministry of Commerce, Industry and Labor, (MCIL).

Tabled and approved by the Cabinet Development Committee, (CDC) at its monthly meeting Thursday this week, the report also highlighted Samoa’s improved standing as the second largest recruiter from the nine Pacific Islands taking part in the RSE.  Vanuatu ranks #1.

The RSE’s annual quota has also increased to 12,850 shared amongst the 9 Pacific Islands including Samoa.

For this year, 26 Samoans are employed under the PTP initiative.  The employment incentive targets skilled individuals with satisfactory qualification and extensive construction/carpentry working experience.

Samoa is also the first country to recruit a female worker under the scheme with our carpenters working in Tauranga, Gisborn, Hamilton, Wellington and Christchurch.

The employment period is for 12 months with the possibility of permit extensions for an additional 24 months.

Samoa’s biggest employer in Down Under via Australia’s Seasonal Workers Program, (SWP) is MADEC Australia accounting for more than 60% of the 554 Samoan workers.

SWP was officially rolled out in 2012 with a pioneer group of 22 workers and to date the Samoan Seasonal Workers are working for employers based in Queensland, New South Wales, Victoria, Northern Territory and Western Australia.

The employment period varies from 3 to 9 months.

The Scheme focus on low and semi-skilled occupations, targeting individuals with qualifications and extensive work experience in various industries such as;

The 9 Samoans working in Australia under the scheme includes two lady staff from Sinalei Hotel and now employed by the Mulpha Hotel Accommodation and 7 men are presently employed by the Cowra Meat Processors.

Twelve other Samoans have been selected to work in the Meat Processing Industry and presently awaiting employment contracts. This does not include interests from other Australian Employers who had visited Samoa in April to interview 120 local applicants.

The employment period under the PLS is for 3 years.

In its submission to the CDC, the Ministry noted that “labor mobility schemes that Samoa is a beneficiary of are not a pathway to permanent residence.”

But “part of a triple win effect, whereby workers, Samoa and the receiving country all reap the benefits.”