Samoa's Budget to have a deficit of over $US32million 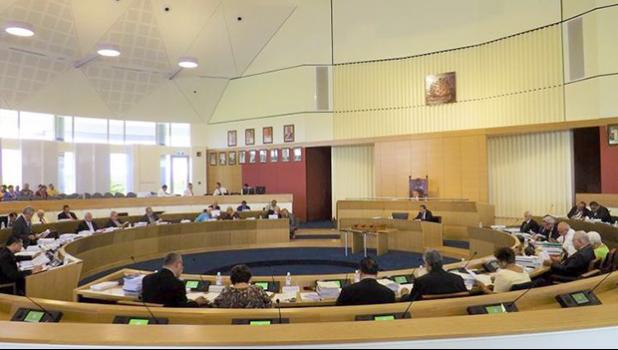 Apia, SAMOA — Samoa's Budget for the upcoming year, which was tabled in Parliament on Tuesday, is expected to have an overall deficit of over $US32 million.

This is despite an expected drop in government expenditures by 3.3 percent.

Minister of Finance Sili Epa Tuioti told Parliament the budget will be implemented around the theme of "a shared vision for prosperity".

Sili projected that domestic revenue will increase by nearly $US7 million primarily driven by projected increases in tax collections alongside the anticipated economic activity generated by the hosting of the Pacific Games and other regional meetings.

Parliament has been asked to approve over $US311 million in revenues and $US344 million in expenditures with a deficit of more than $US32 million.

The deficit is expected to be brought down to nearly $US23 million after government to government borrowing.

Parliament has now gone into recess for two weeks before general debate on the budget.

The United Nations' Development Program is assisting with the scrutiny and analysis of the national Budget in Samoa this week.

The program's Floating Budget Office is made up of staff from Pacific parliaments who are working with local MPs to ensure there are sufficient resources to provide independent budget analysis.

The Deputy Team Leader, Nanise Saune-Qaloewai, said the group will review and summarise Samoa's Budget, so that MPs can have an informed debate in Parliament.

"What they do is they will review the budget, they will undertake research and then analysis of the Budget. And so, what they will produce is one - an overall brief and what is contained in the Budget, and then two - is a summary by sector, so you'll have very specific sector briefs," said Nanise Saune-Qaloewai.